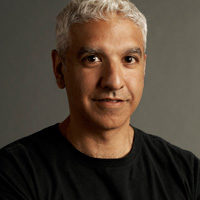 Dr. Cyrus Wadia is the former Vice President, Sustainable Business & Innovation for Nike where he led Nike’s global sustainability team from 2015 to December 2018. At Nike, Cyrus managed a $28 million budget and led a team of fifty senior professionals. His team was responsible for Nike’s rapid acceleration of sustainability in new product innovation, enterprise risk mitigation, and the modernization of Nike’s brand and consumer engagement strategy.

Prior to joining Nike, Cyrus served as an Assistant Director in the White House Office of Science and Technology Policy between 2010 and 2015. There he advised the Obama administration and introduced new budgetary and legislative initiatives in: energy, climate, advanced materials innovation, manufacturing, and mining. In this role, Cyrus was responsible for the creation and expansion of more than $1 billion in new budgetary initiatives and led the development of the nation’s first policy framework and strategy on critical minerals. Between 1996 and 2010, Cyrus held many leadership roles as a Silicon Valley entrepreneur, a senior program officer at Lawrence Berkeley National Lab and the founding member and Co-Director of the Haas School of Business Cleantech to Market initiative.

Cyrus holds advanced degrees from M.I.T. and U.C. Berkeley, has multiples patents for his technical inventions and has been citied over 2,100 times for his peer-reviewed papers.