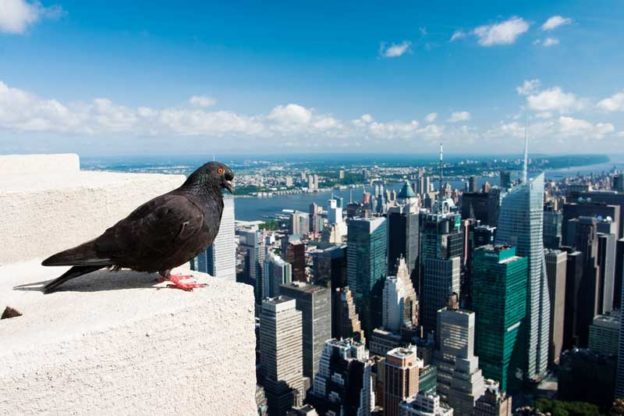 Stadiums reflect the trifecta of desirability for birds; food, sun, & lots of available shelter that is inaccessible to people. As such, mitigation of risks associated with birds relative to venue design and operation has primarily been focused on protection of structures, property, and the public from the negative effects of pest birds.

Recently, one pro sports club has already learned that Environmental Liability also includes the protection of nature’s avian friends who are potentially victims of our built environment. The issue of bird collisions has become a hot topic for stadiums and arenas in the path of migratory birds or the vicinity of local populations.

For aesthetic, constructability, and environmental reasons, a multi-year trend in architecture has been utilization of large exterior glazing systems to manage energy costs by bringing in light and affecting control of temperature in indoor environments. The technique is particularly valuable on large projects where the positive effects in construction and building operation can be amplified.

The goal in either preventative or responsive mitigation is to somehow make the glass more visible or to reduce the attractiveness of what may lie on the other side. There are techniques in the design phase which can be used to compliment integration of large glass panes.

Preventative integration of mitigation tactics unfortunately has a visual impact on the building and may instead lead to large scale design changes. Currently, the available responsive solutions such as films or stickers are un-proven long term in large scale applications.

Those that are proponents of protection of birds are a vocal group with sponsorship of initiative coming from the Audubon Society, The American Bird Conservancy, and various cities (San Francisco, Toronto, New York, and Chicago).

It would be wise to incorporate consideration of this valid threat to the environment in future design and development of sporting venues.