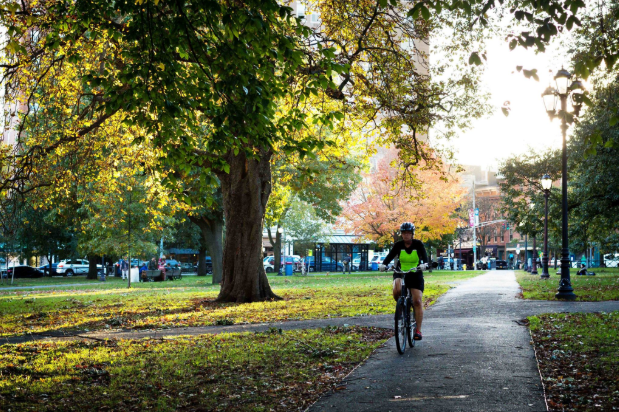 More than 200 Yale undergraduates have taken a sustainability pledge as of Thursday, promising to adopt habits that will reduce their own imprint on the environment in honor of Climate Action Month.

Earlier this month, the Yale College Council — along with the Yale Student Environmental Coalition and the Office of Sustainability — released a pledge to encourage students to live in a more eco-friendly way. According to YSEC co-president Katie Schlick ’21, the pledge is the first of a monthly series onto which students can sign. Each pledge will feature new commitments for students, although Schlick noted that there will not be a new pledge in December due to the November and winter breaks.

“The sustainability pledge is a collaboration that promotes habits that serve to improve the condition of our environment, locally,” YCC President Kahlil Greene ’21 wrote in an email to the News. “We hope these incremental changes are adopted widely by students and shared amongst their networks to increase the impact.”

Schlick told the News that compared to YSEC’s splintered efforts across campus in years past, the group is focusing on community building this year. She added that the project originally grew out of the Silliman Meatless Monday pledge, which her group then realized could include the broader Yale community. YCC University Services Director Aliesa Bahri ’22 said that after she reached out to Schlick to discuss possible sustainable programs, she and YSEC board member Nick Famularo ’22 wrote the pledge with input from the Office of Sustainability.

YCC Business Director Liam Muldoon ’22 said that for future pledges, the YCC plans to incorporate any feedback they receive. Schlick noted that they decided to do monthly pledges because they are “more sustained over time.” This month’s pledge features three commitments: reducing energy consumption by unplugging unused appliances and using energy-efficient lightbulbs, reducing animal product consumption to decrease carbon footprint and washing laundry in cold water to minimize energy consumption. The pledge series kicked off with an event in the Silliman Acorn on Nov. 11, which Schlick said was a convenient date for the start of the initiative.

“Our wish [on Nov. 11] is that you’ll soon step up and take action and take personal responsibility in the climate crisis, by directly taking action in your daily lives and small changes every day,” Schlick said.

While these three promises entail smaller tasks, Schlick stressed that sustainability is “not just save the trees and environmentalism.” She added that part of YSEC’s goal is to bring sustainability to the “forefront of campus conversations,” paralleling similar activist efforts on campus. Muldoon echoed Schlick’s sentiment, adding that while the pledge is “only a starting point,” the YCC hopes it will “create a conversation for students on how they can individually enact sustainable change.”

Senior Administrative Assistant for the Office of Sustainability Sarah Jane Compton wrote in an email to the News that Yale primarily encourages sustainability through the objectives outlined in the Yale Sustainability Action Plan 2025. She noted that by “leveraging the knowledge and expertise of our academic and operational departments,” the University is able to strategically advance these plans for a more sustainable campus. According to Compton, the Office also offers posters, newsletters, events and tools throughout the year to encourage sustainability.

“Through this work, Yale strives to create an inclusive, comprehensive approach to achieving its Sustainability Vision of a ‘Yale where sustainability is seamlessly integrated into the scholarship and operations of the university, contributing to its social, environmental and financial excellence and positioning Yale as a local and global leader,’” Compton said, quoting Yale’s Sustainability Vision offered on the Office’s website.

According to Bahri, the YCC’s shared ride coordination program is another effort to increase sustainability on campus. She added that the program “[helps] students reduce their transportation costs and carbon footprint.” Muldoon said that the YCC — along with YSEC leaders, the YCC Events Committee and GREEN at Yale — is also planning a Sustainability Summit for next semester. In the future, Bahri and Muldoon said that the YCC will also organize a “Green Task Force” to spearhead sustainable initiatives.

Schlick said that before releasing the pledge, the YCC did not have any exact predictions on how many students would take it, but the group roughly estimated nearly 100 students would sign on. Still, Schlick said that the current number of completed pledges is evidence that students are “taking an interest in sustainability” and “prioritizing it,” which she said is exciting for them to see.

“Just be as open and conscious and receptive to new sustainability ideas as possible,” Schlick advised. “So if you see a Meatless Monday initiative going on, maybe just kind of think about it and think about what the implications of that might be. If you see clothing swaps, try to check it out and participate. If you’re asked to bring your own dish, or mug, or utensil to an event, consider doing that for sure.”