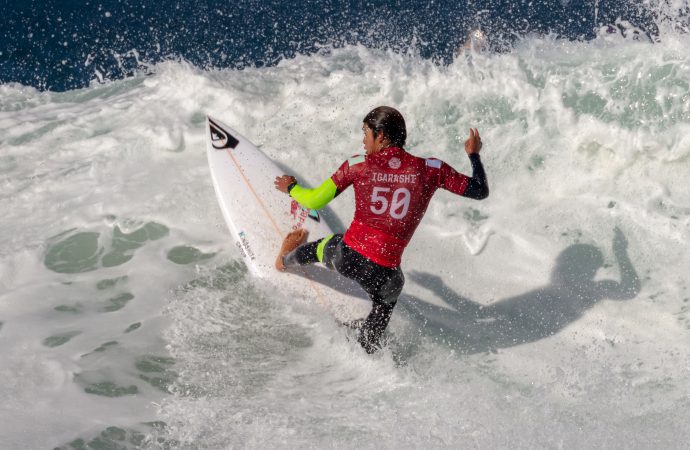 World Surf League has reinforced its sustainability credentials by lending its voice to a campaign advocating for more funding to conserve under-threat coral reefs.

The organisation is using its Tahiti Pro Teahupo’o competition, occurring between 21 August and 1 September, to highlight the ‘Glowing Glowing Gone’ campaign, with the event branding taking on the colours of fluorescing corals.

Fluorescing is the term given to coral reefs projecting rare vivid colours caused by underwater heatwaves – the “most visual indicator” of the climate crisis and the threat it poses to ecosystems such as coral reefs.

As part of its commitment, World Surf League will support Coral Gardners, a youth-led nonprofit organisation that restores coral reefs in the South Pacific, and will offset the entire Tahiti Pro Teahupo’o event – including air travel.

Sophie Goldschmidt, World Surf League’s chief executive, said the Glowing Glowing Gone campaign “draws attention to the cause and global solutions” while Coral Gardners are “making a positive difference in the restoration of nearby reefs”.

“The World Surf League is proud to partner with both organisations,” she added.

The Glowing Glowing Gone campaign is a joint initiative between UN Environment and The Ocean Agency, and is supported by partners of the Tahiti Pro Teahupo’o, including Hurley, Jeep, Corona and Red Bull.

UN Environment coral reef expert, Gabriel Grimsditch, said: “The future of the world’s coral reefs hangs in the balance, threatening both marine life and hundreds of millions of people who rely on them for food, livelihoods and coastal protection.”

Around 93% of climate change heat is absorbed by the upper ocean, resulting in half of the world’s coral being lost over the last 30 years. However, it’s an ecosystem that supports one billion people, one million species and “a quarter of all ocean life”.

“By supporting the Glowing campaign, the World Surf League is leading the way in helping to sharpen global attention to the crisis facing corals,” added Grimsditch.

In recent months, World Surf League has made the commitment to become climate neutral by the end of 2019, joined the UNFCCC’s Sports for Climate Action Framework, and partnered with Ikea with the ambition of creating a range of sustainable products.