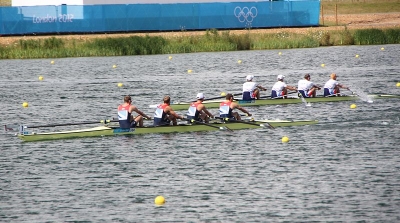 The pledge comes on the back of concerns raised by the UN body about the negative impacts of sporting events to natural and historic sites.

The decision is also a result of World Rowing’s ongoing work with the conservation charity WWF to ensure sustainable water practices are used across its global events.

The federation represents 153 different organisations, including the International Olympic Committee, to govern the sport of rowing.

World Rowing’s President Jean-Christophe Rolland, said: “As rowing is a sport that is intimately connected to nature, we recognise the importance of protecting natural sites. World Rowing hopes that other international sporting organisations will follow in committing to preserve these areas of the world”.

There are a total of 1073 UNESCO World Heritage Sites, rated for their significant importance to people and planet. World Rowing’s new policy will apply to the 241 sites listed under both natural and mixed. It says that the venues it currently uses “do not impact directly on World Heritage sites”, but new guidelines will enforce a commitment to prevent any indirect impacts on buffer zones.

“UNESCO welcomes this landmark decision,” said Mechtild Rössler, Director of the body’s World Heritage Centre. “We look forward to other sport federations and organizations in charge of large sports events, such as the International Olympic Committee, also taking on a similar commitment and putting such policies into practice.”