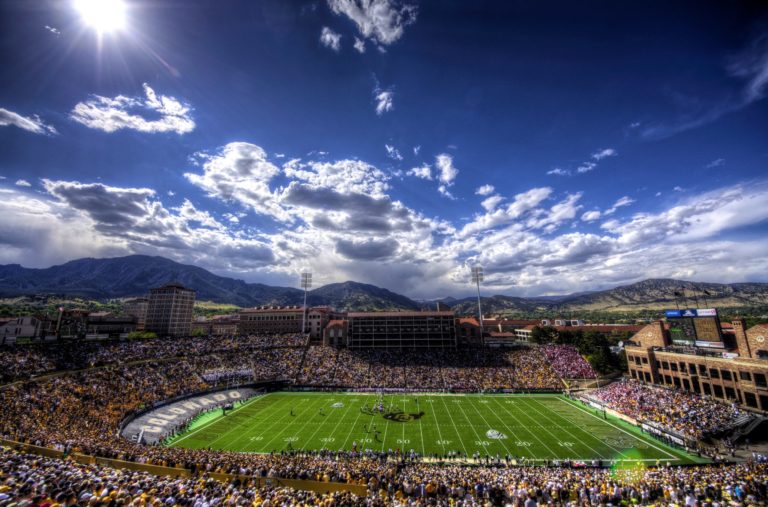 Eight years ago, the dozen Pac-12 universities all became Green Sports Alliance members — the conference’s student-athletes, coaches and sports fans agreeing to support and prioritize campus and game-day sustainability initiatives under a new organizational umbrella. Pac-12 Team Green helps promote the “greening and sustainability efforts taking place on and around the Pac-12 Conference and all 12 of its member universities,” according to Pac-12’s website. No more single-use plastic cups finding their way into trash cans, for example, and no more water-intensive sports fields.

But, of course, to really get the sustainability ball rolling, the 12 universities and their teams needed a little healthy competition. Thus, the Pac-12 Zero Waste Challenge was born. 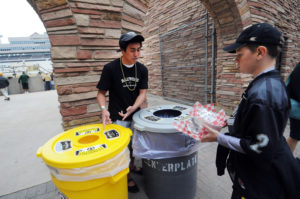 During the past four football and basketball seasons, every Pac-12 campus has been competing with one another to produce at least one zero-waste home game. Among different categories — which include an overall winner, best fan-engagement, most-improved and best student-athlete engagement — the Pac-12 recently announced University of Colorado Boulder as the overall 2018-19 Zero Waste champions.

With five judges from diverse backgrounds, this is an honor CU is proud to include among its many athletic accolades. “Sustainability is a very important key for us, something we take a great deal of pride in,” Rick George, athletic director at CU, said in a press release. “We want to be leaders in this area and we are certainly excited about being recognized in this way.” 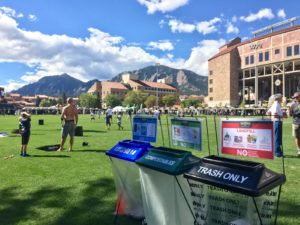 Courtesy of University of Colorado Boulder Environmental Center. Through a diverse array of engagement strategies like social media campaigns, educational initiatives and healthy competition, students, athletes, faculty and spectators alike are encouraged to incorporate sustainability initiatives into their game-day habits like tailgating, eating out and commuting to and from the stadium.

CU’s big sustainability win this season was a natural progression. During the 2016-17 football season, CU placed third among Pac-12 Green Sports Alliance members with a waste-diversion rate of 87 percent. That same basketball season, however, CU placed an encouraging second, boasting a waste-diversion rate of 92 percent at one home game. The following year, during the 2017-18 football season, CU won the Athlete/Player Engagement Award.

Indeed, raising awareness and garnering interest in personal sustainability among sports fans is just as much a priority of the competition as it is creating a zero-waste game-day environment.

Ralphie’s Green Stampede, the nation’s first NCAA Division I sustainable athletics program, played a large role in reaching this Pac-12-inspired goal at CU. Ralphie’s Green Stampede has implemented or installed zero-waste programs across all of the university’s sports venues, zero-net carbon emissions and zero-net water use in all facilities, a zero-net-energy football practice facility and a zero-waste car-free tailgating zone. CU also collects plastic bags from stadium activities and sends them to a recycler that manufactures new plastic bags for collecting tailgate recycling on game days. 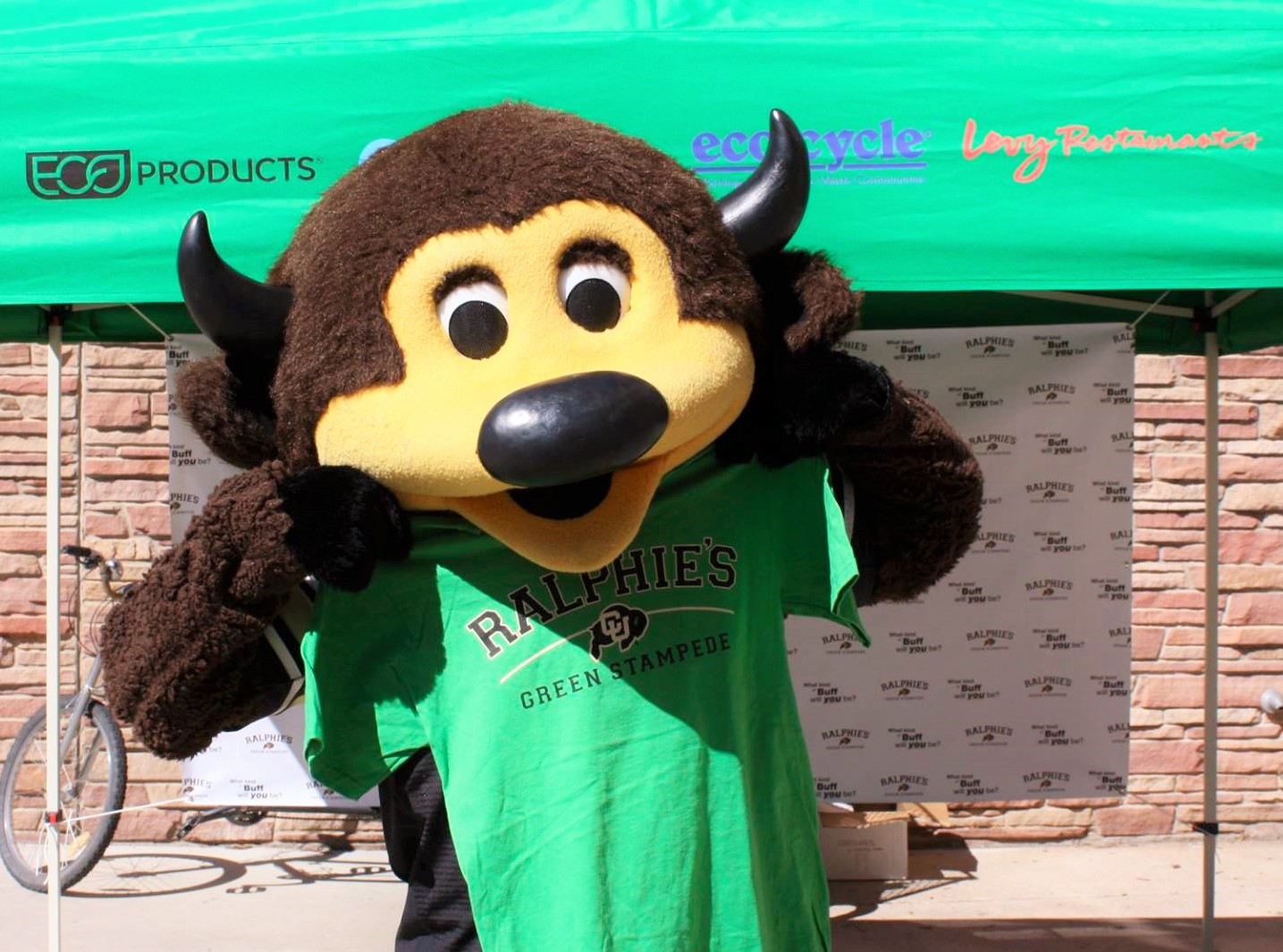 The home game on which CU’s sustainability win was based took place on Oct. 6, 2018 against Arizona State. The fact that it came on top of an athletic win made it that much sweeter. In a close game, CU defeated Arizona 28 -21.