Will LED Lighting Affect the Game of Baseball?

Will LED Lighting Affect the Game of Baseball? 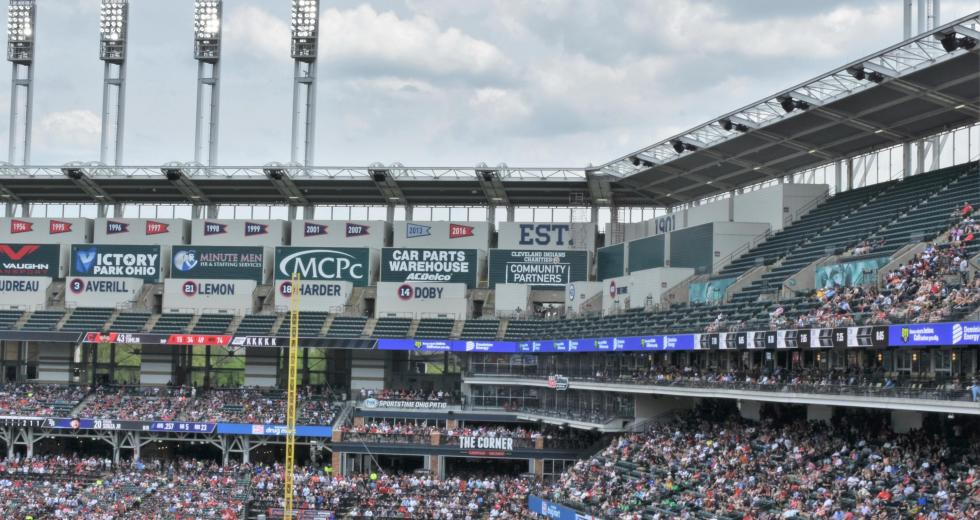 The Cleveland Indians next home game is Friday when they host the Minnesota Twins.   It’s a night game, like most of the games in Major League Baseball.

The Indians won the very first American League night game in 1939 in Philadelphia.  The first of any Major League Baseball game played under lights occurred down state in Cincinnati four years earlier.

Now as stadiums change their lighting systems statisticians will be watching to see if the game changes.

Probably the very first of any baseball game played under lights involved two amateur teams in Massachusetts in 1880. Thanks to Cleveland inventor Charles Brush they had arc lamps available.

The professional teams eventually settled on metal halide lamps and for the last 50 years that’s been the standard.  But this year Progressive Field became one of a dozen Major League parks to use lower-wattage LED lighting.

The installation was dome by Ephesus Lighting, a subsidiary of Cleveland’s Eaton Corporation.  Ephesus president Mike Lorenz says the league is backing the change.

“There’s an organization called the Green Sports Alliance it was founded less than 10 years ago. And their whole vision is to encourage teams to reduce their carbon footprint in a variety of ways. And obviously lighting is a major component of that.”

Lorenz figures the LED’s at Progressive Field will reduce the club’s power consumption by 50%.  And because the LED’s can be quickly turned on and off, savings may be more than that.  Indoor arenas and stadiums that are air-conditioned may save the most money because LED’s give off much less heat.

How much light and what color they have is largely up to the teams.  Lorenz says each lamp is made up of many diodes that can be tuned to a specific color temperature,

“We try to create as consistent a light as we can so that during the transition from late afternoon to early evening to evening the field of play is as consistent as it can be for the players and the fans and the broadcasting.”

If you’ve looked into an LED flashlight you know it can be painful.   Lorenz says they work to avoid problems for players that need to look up into the lights to catch a ball.

“For players, what they are concerned about is unintended light or glare zones. And because we can be very precise in how we direct the light we can reduce the number of player glare zones.  Obviously these lights are very bright and if you look straight at it it’s going to be intense.  Our goal is try to mimize those areas where players are forced to look up at those lights”

Lorenz says his company has installed LED’s in hundreds of venues and have heard no complaints from players.  But how will it affect batters?