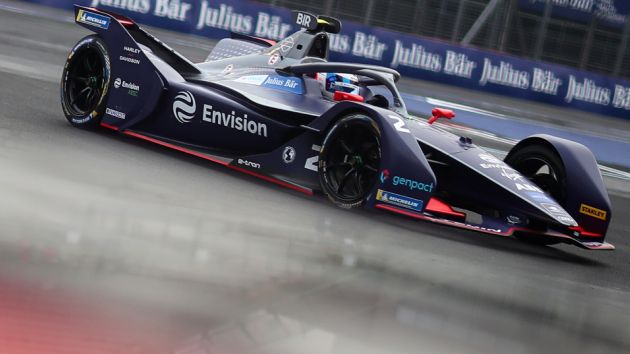 James Mercer, commercial director at Envision Virgin Racing, explains how the Formula E team are drawing up their strategy to put green initiatives ahead of sporting ambition.

Unfortunately, I’m old enough to remember a time when cigarette advertising was the norm in sport and, not so long ago, when walking into any bar would involve cutting through a haze of smoke.

The other day, my eldest asked if we could swing by Subway to try their new vegan meatball sub, to then later insist we find the correct recycling bin to put the wrapper in.

Bob Dylan once famously sung, ‘The Times They Are A-Changin’. Well, he was wrong; they’ve changed.

Perceptions (and rightly so on all the above, by the way) of what is and isn’t acceptable change, and the same is true of sport. In the past few years in particular, sustainability and the climate crisis have come to the forefront of all our attentions. Put simply, they have gone ‘mainstream’.

But staying relevant is no longer just a fad or a marketing buzzword: it’s a business choice and one sports rights holders cannot afford to ignore.

I’ve been fortunate enough to have worked with an array of wonderful leading sports series, from the Lawn Tennis Association through to the Rugby Football League. But never have I felt that my work and my mission is more relevant than my time now as the commercial director at Formula E team Envision Virgin Racing.

The fast-growing all-electric racing series had many doubters when it was first unveiled back in 2013, but six Green with envy seasons on it has become the envy of many in the sports world as brands and car manufacturers alike flock to it, looking to align with a sport whose technology is at the very forefront of making this world a better place.

I have no doubt that sport and sustainability can – and should – co-exist. There can be little dispute about the extraordinary levels of passion that sport is able to inspire.

The environmental movement is no longer regarded as a novelty, it is a necessity in everyday life and this has finally started to find its place in the wonderful world of sport. Whether it’s the wonderful Forest Green Rovers, The Ocean Race or beach volleyball, the significance of our planet has finally hit the terraces, the waves and the pitches. And in Envision Virgin Racing I stumbled on something particularly special.

The team was started six years ago with one simple purpose – to excite a generation to transition to e-mobility powered by renewable energy. Th ere was no confusing conflict to this targeted purpose. I joined just over a year ago when, as a founding team in Formula E, Envision Virgin Racing had already enjoyed huge on and off-track success. Over those early years we had thrown ourselves into the spotlight creating a platform on which to voice our message to the 411 million TV viewers the championship attracted last season alone.

Using our own ‘Race Against Climate Change’ programme, we have quickly carved out a reputation as one of the greenest teams in motorsport – or, I would argue, in sport. In fact, you might well say we are a sustainability movement first, sports team second.

Indeed, linking the power of sport to sustainability makes plenty of sense. Sport contains many of the preconditions for promoting mass behavioural change. People wouldn’t listen to us without the racing and the winning is essential to remaining relevant. This formula has led to a surge of interest from brands wishing to align with us.

In the last 12 months alone, major partnerships have been agreed with global market leaders, including Genpact and Teijin (both of whom, by partnering with the team, are making their debut in global sport sponsorships), and Harley-Davidson. Indeed, the first conversation we always have with any new prospect is not ‘what do they think about Formula E?’, but ‘how can you support us to amplify our narrative?’ Aft er all, why support a brand if you don’t agree with their social and environmental values?

But it’s essential to get the tone right in this area. No one wants to be preached to, with sustainability messages ‘shoved down their throats’. They want to be able to relate, understand and believe the connection to that messaging whilst enjoying being engaged through interesting and relevant storytelling.

You also have to be careful to practice what you preach and hence why we’re to be one of the first motorsport teams to have their operations certified carbon neutral by the Carbon Trust. This is something of which we are immensely proud.

But, as my son enjoys reminding me, it’s about moving with the times. Being sustainably relevant – and staying relevant – is key. And besides, if you’re not relevant then you’re irrelevant and what brand wants to be that?