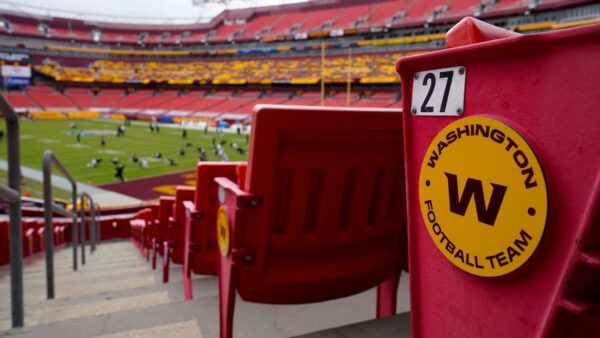 ASHBURN, Va. — The Washington Football Team, which dropped its controversial name a year ago, has banned Native American garb from its stadium.

Washington has banned fans from wearing Native American headdresses or face paint to games at FedEx Field this season, the team announced Wednesday.

Washington will hold a practice at the stadium Friday with approximately 20,000 fans expected. It will be the biggest crowd since the home finale in 2019, which means it will be the largest gathering in the stadium since the organization announced in July of 2020 it was dropping its old name and seeking a new one. It will be known as the Football Team for 2021, with the permanent name being announced “early in 2022,” according to team president Jason Wright. He has said they don’t want to announce the name until they also have settled on a logo and a new branding of the organization as well as completing the trademark process.

Wright said they have worked with Native American leaders during the process of finding a new name. He recently announced that Washington would not be choosing the name Warriors as its new one. Owner Dan Snyder had applied to trademark that name in 2007 when he was trying to bring an Arena League to Washington.

But Native American leaders told ESPN last summer that would be too close to the former name and therefore unacceptable.

The team has long said it will keep the burgundy-and-gold color scheme, but did away with its cheerleaders in favor of a coed dance team.