The findings, revealed by scientists at the Cape Town Ocean Summit, have been discovered using data collected by Volvo Ocean Race yachts 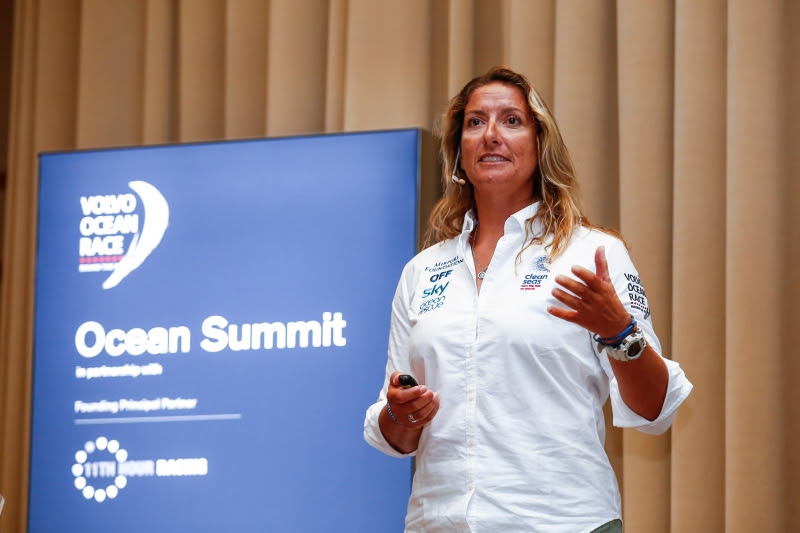 Millions of tiny particles of plastic have been detected in European waters in ground breaking scientific research conducted as part of the Volvo Ocean Race.

The sub-surface data on micro plastic pollution levels was collected using a state-of-the-art instrument on board their Volvo Ocean 65 racing yacht.

The initial results, gathered during the Prologue stage and Leg 1 of the Race, between Lisbon and Alicante, were presented by Dr Toste Tanhua during the first morning of the two-day Volvo Ocean Race Ocean Summit, held in the event’s Cape Town stopover on Thursday. The samples collected during Leg 2 are currently being analysed and results will be revealed in due course.

“Our initial findings suggest that the levels of micro plastic in the ocean are significantly higher than we first expected,” said Tanhua, who works at GEOMAR, an ocean research institute in Kiel, Germany.

“This is alarming as the micro plastic not only harms a wide range of marine life, but, through entering the food chain, in species such as tuna and mackerel, can cause harm to humans, too.”

Micro plastic is small particles of plastic often invisible to the naked eye – and can take thousands of years to degrade.

Tanhua continued: “Existing scientific data only accounts for around 1% of all plastic in the ocean – but thanks to the support of Volvo Ocean Race and Volvo Cars, and the efforts of the Turn the Tide on Plasti c team in conducting this research, we’re building a knowledge base which is essential to ocean science around the globe.”