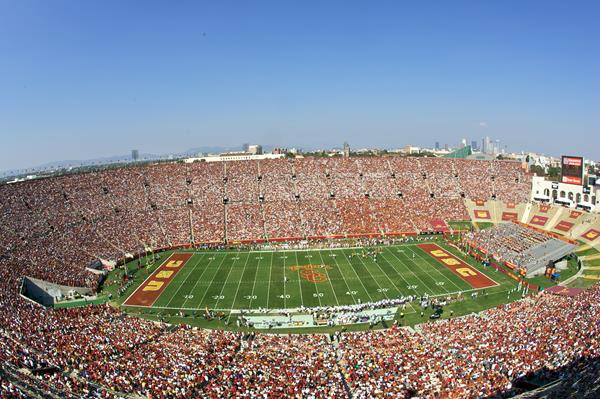 The Pac-12 Conference office announced Wednesday that USC was selected as the overall winner of the 2017 Football Zero Waste Competition.

For the competition, every Pac-12 university took part in diverting the most waste from the landfill at a predetermined football and men’s basketball game during the Fall 2017 season.

Sustainability advocates Bill Walton, Graham Oberly and Mike Carey selected the winners for the categories. Each school was evaluated on a summary scorecard detailing its efforts during the Zero Waste game.

Aside from choosing the overall winner, Pac-12 determined which institution utilized the most innovative methods to expand sustainability education efforts. Three other universities were also selected as winners for three subcategories, including fan engagement, most improved and student-athlete engagement.

During the Utah game, attendees were invited to engage in an interactive tailgate, giveaways, flash mobs, a live trumpet brigade and confetti cannons.

Recycle Man, a mascot who sported a green mask and an outfit bearing the recycling symbol, encouraged fans to partake in a bean bag toss. The toss had the attendees sort food waste and recyclables into the proper bins and educated attendees on sustainable habits.