As the EURO 2016 football tournament approaches, UEFA – the governing body of European football – and EURO 2016 SAS – the body responsible for the operational aspects of the tournament – have unveiled the official EURO 2016 tickets. They are made of FSC-certified paper, and their design includes an FSC label. 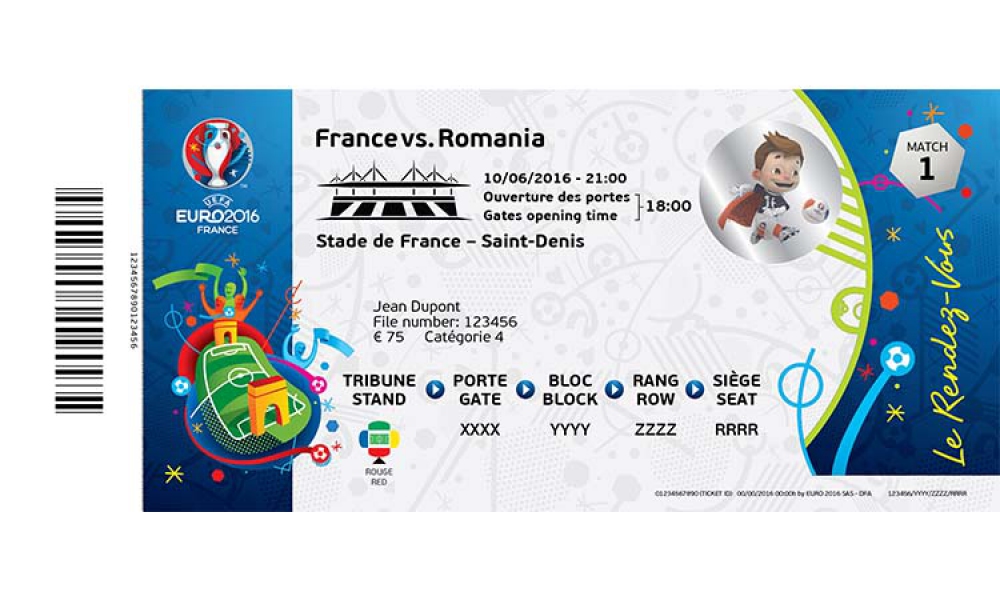 The ticket design includes a variety of tournament elements, and aims to reflect the festive atmosphere and the modern values of football. The responsible origin of the paper on which it is printed is shown on the back of the ticket, where it carries an FSC label.

UEFA’s choice of FSC-certified paper is in line with its commitment to sustainability. Its responsible sourcing actions also include the use of FSC-certified paper for the production of accompanying letters and envelopes, and for the tickets of other selected football matches this year, such as the UEFA Champions League Final, the Europa League Final 2016, and the Super Cup 2016.

“During the last few years, the uptake of FSC-certified materials and products in sports events has increased. As the awareness of sustainability and social responsibility increase, this is also reflected in the sectors in which paper, wood and other forest products are used. For example at the London Olympics, more than two thirds of the wood used to build the Olympic Park was FSC certified,” commented Marcelle Peuckert, Business Development Director at FSC International. “We welcome this trend and encourage sports governing bodies to require materials that are of responsible origin. It is great to see that FSC-certified products can play a role in securing the environmental responsibility of an event such as EURO 2016.”