With one year to go before UEFA Euro 2016 kicks off in France, UEFA and the Euro 2016 SAS tasked with organizing the tournament recently released a report that details the comprehensive framework to promote sustainability and social responsibility during the quadrennial event. 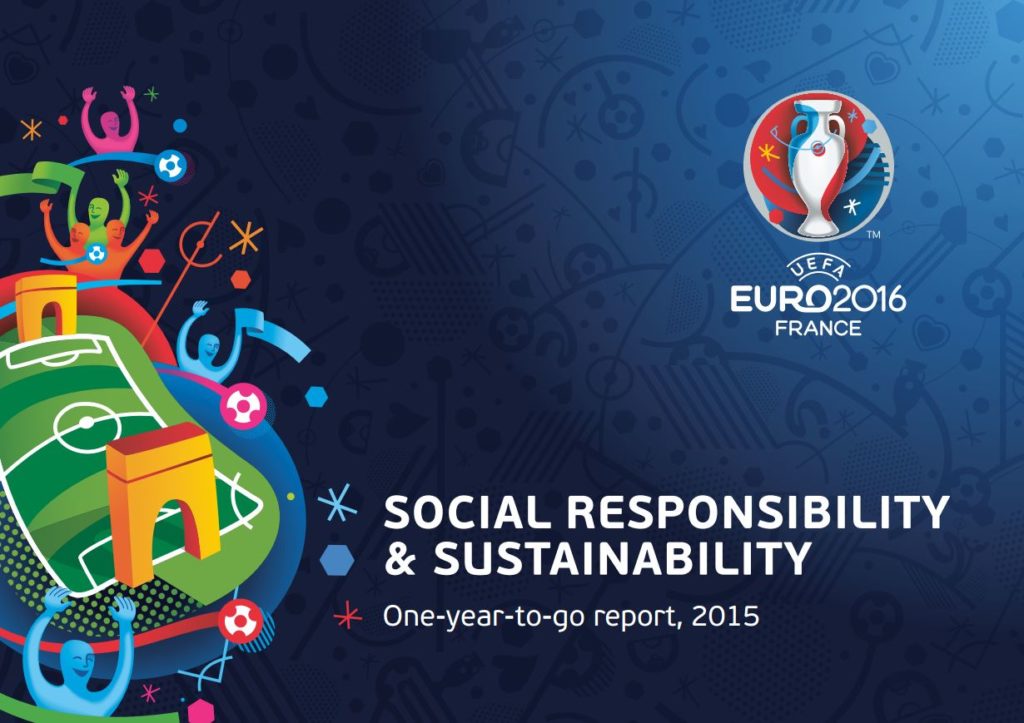 The report focuses on four key areas – Governance, Setting the Stage, Tournament, and Behind the Scenes – to explain the work under way to mitigate the environmental, economic, and social impacts of Europe’s most important continental soccer tournament for national teams.

Before going further into these four areas, the report first focuses on the social responsibility framework at the heart of the tournament’s organization. This includes outlining a materiality approach that engages with key stakeholders to assess the environmental impacts and addressing them through tangible sustainability projects. By clearly expressing its priorities and objectives, the Euro 2016 organizers has identified what it has accomplished and what still needs to be done to finalize its plan prior to the start of the tournament.

By delineating the key facets of hosting a legacy event such as Euro 2016, UEFA has targeted product sourcing, waste management, sustainable stadium design, energy and water optimization, and public transport and mobility as key areas where it can concentrate its resources on minimizing the environmental impact of a tournament spanning 30 days and 10 cities. “Our objective is simple: to take every opportunity to optimise the sustainability of UEFA EURO 2016 and to address all aspects that we and our stakeholders can control,” Jacques Lambert, president of Euro 2016 SAS, says in the foreword. “To this end, sustainability objectives are being incorporated into every unit and project and will be monitored by dedicated coordinators.”