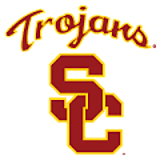 As the Los Angeles Memorial Coliseum concludes the football season with the final Rams game this Sunday, it will be the culmination of a historic campaign for a venue that now hosts both the Los Angeles Rams and USC Trojan football. Fans in attendance at the game will be a part of a Coliseum sustainability effort that will help push the facility over the “zero waste” goal line.

In doing so, the Coliseum becomes the largest NFL stadium and second-largest college stadium to actually meet the high sustainability goal of “zero waste.”

“We’re proud to be a part of a program such as the Zero Waste Initiative at the Coliseum. This is an opportunity for USC Athletics and our fans to lead the way in terms of taking ownership of our environmental impact on game days,” said University of Southern California Athletic Director Lynn Swann. “Our university, fans and alumni should be proud of the success of this program.”

It was no small feat for the venue to divert over 400,000 pounds of waste from over 1.2 million stadium guests in order to win the “zero waste” challenge. The efforts of the Coliseum “zero waste” initiative managed to divert enough waste from the landfill to fully load nine 53-foot semi-tractor trailers, or the equivalent of the annual waste generated by 250 Californians.

In order to divert as much as possible from up to 21 tons of waste per game, the waste went through a triple-sort process; this included source sorting (fans using the right bins), an on-site sort of the material (with a crew of 80-100 custodial and sustainability staff), and an Athens Services facility sort.  This process generally took fewer than 48 hours with the exception of two weekends where the stadium hosted both teams and timeframes were condensed to as short as eight hours.

“The success of this program is another huge accomplishment for the Coliseum and its program sponsors who played a part in making this possible,” said Coliseum General Manager Joe Furin.

The zero waste accomplishment represents a massive success for the Coliseum, the USC Office of Sustainability, Legends Hospitality, ABM Janitorial Services, and its other partners and sponsors including Waxie, BASF, EcoSafe, and Athens Services, more than doubling down on the goal of zero waste before football kicked off in 2016, as the Coliseum added a major tenant in the Rams, who relocated from St. Louis to their once and future home stadium, where the team had not played since 1979.

“A large part of making our communities a better place includes making as little an impact on the environment as possible,” said Molly Higgins, Los Angeles Rams vice president of community affairs and engagement.  “We are pleased to work with USC, the Coliseum and our fans to make Rams games ‘zero waste,’ which is good for all of Los Angeles now and into the future.”

What is Zero Waste?

“Zero waste” is defined as diverting 90 percent or more of waste materials from the landfill or incinerator, through recycling, composting or other repurposing. 90 percent is considered the industry standard for a “zero waste” designation when accounting for variables like fans bringing in foreign, non-compostable products. Compostable, as opposed to biodegradable, products return valuable nutrients back into the earth as they disintegrate.

In collaboration with USC Office of Sustainability, the Coliseum started moving its vendors to zero waste compliance before the 2015 USC Trojans college football season. USC has also been a member of the Green Sports Alliance since 2013, a nonprofit dedicated to helping sports leagues, teams, venues, partners and fans embrace healthy, sustainable practices.

“The progress that this program has made is an outstanding achievement and reflects the strong collaboration between all partners involved.” said Halli Bovia, manager of the USC Sustainability Program.