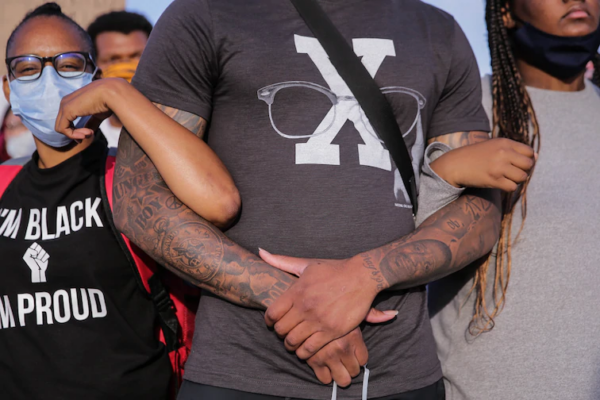 The Racial Injustice Initiative will leverage the organization’s position, platform, resources and influence with the goal of creating a safe, secure quality of life for everyone in the communities they are a part of. Fans are invited to join the Trail Blazers, staff, and players, who seeded the initial donations, by making a financial contribution to the Trail Blazers Foundation Racial Injustice Fund. One hundred percent of donations in this fund will go to the nonprofit organizations working in this space and donations are tax-deductible.

The following 501(c)(3) nonprofit organizations and network have been chosen to receive the initial investment from the Trail Blazers Foundation’s Racial Injustice Fund:

Since its inception in 2009, the Trail Blazers Foundation has donated more than $7 million to nonprofits across Oregon and SW Washington that positively impact the lives of children and families who have been historically underserved where they live, learn and play.

In addition, the Trail Blazers have committed to empowering the Black community at a national level by partnering with the NBA Board of Governors and first-ever NBA Foundation. The NBA Foundation, launched in partnership with the National Basketball Players Association, will drive economic empowerment for Black communities through employment and career development by partnering with organizations that focus on three critical employment points: Obtaining a first job, securing employment after college and career advancement after employed.

Over the next 10 years, the 30 NBA team owners will collectively contribute $300 million annually to establish this new, leaguewide charitable foundation. Jody Allen, Chair, Trail Blazers, has made the Trail Blazers’ initial $1 million donation and will continue to donate $1 million for the next nine years to enhance and grow the work of national and local organizations dedicated to education and employment.

“We are committed to continue the fight against institutional and systemic racism within our community,” said Ashley Clinkscale, Senior Vice President of Communications, Community and Diversity. “We will continue to use our resources until we see change, and we encourage our fans and supporters to use their own voices to positively impact their communities.”

Civic participation is one of the most critical components of democracy and voting is also an opportunity for fans to use their voice to help determine the future of the community, state and country. The Trail Blazers and Rose Quarter deems voting as a civic duty and has launched a voting initiative, providing resources for fans to make sure they are registered to vote, can sign up for election reminders and can be included in the 2020 census. Additional information can be found at trailblazers.com/vote.

The Trail Blazers will work toward census and voting efforts in the following ways:

ABOUT THE PORTLAND TRAIL BLAZERS

Members of the National Basketball Association (NBA), the Portland Trail Blazers were founded in 1970 and purchased by the late Paul G. Allen in 1988. The team’s rich heritage includes 36 playoff appearances, three trips to the NBA Finals, an NBA championship in 1977 and a commitment to community service and sustainability. The Trail Blazers are dedicated to positively impacting underserved kids and their families throughout Oregon and Southwest Washington where they live, learn and play. Portland is the first and only professional sports franchise to receive the prestigious National Points of Light Award for excellence in corporate and community service. The Trail Blazers home arena, Moda Center, is the first existing arena to earn LEED Platinum Certification in 2019 after receiving LEED Gold Recertification in 2015 and becoming the first existing professional sports venue in the world to receive LEED Gold status in 2010. The team is also one of the founding members of the Green Sports Alliance. For more information, visit trailblazers.com.

ABOUT THE TRAIL BLAZERS FOUNDATION