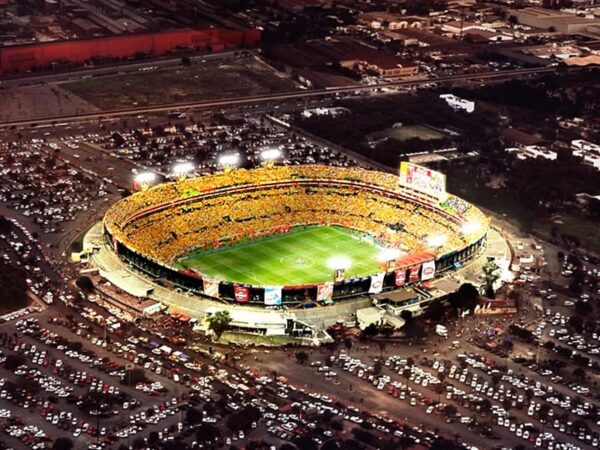 The 42,000-capacity University Stadium – nicknamed El Volcán – is a football stadium located on the campus of the Universidad Autónoma de Nuevo León in San Nicolás de los Garza, Nuevo León, Mexico. It is the residence of Tigres UANL.

Marisol Rodríguez Hernández has been associated with the club for the last 14 years and stated that her journey with the top-flight so far has been a “great learning experience” in terms of social responsibility works of the team with the impetus being on sustainability.

Club Tigres was founded in 1960. The club had their first major success in the 1975-1976 seasons, becoming the first team from Nuevo León to win a trophy by conquering the Copa MX against Club América. Tigres have been Mexican champions seven times, and have won the Copa MX three times. In international competitions, Tigres won the Confederation of North, Central American and Caribbean Association Football (CONCACAF) Champions League title in 2020 (finishing as runners-up three times), and was the 2015 Copa Libertadores Finals runner-up to River Plate (Argentine professional sports club). In the 2020 edition of FIFA Club World Cup™, Tigres finished runners-up against the Bundesliga giants Bayern Munich making it the first club from CONCACAF to reach the final.

Hernández took pride in the fact in informing that the club enjoys a huge fan following – die-hard – and the “fans have been a huge factor in the club tasting soccer success. We singlemindedly focus on creating an enriching and enchanting experience for our fans while they are in the stadium.”

The staunch Tigres fans are the all-weather kind. Irrespective of the fact whether the club performs on the field or bite the dust, the top-notch’s supporters stick by them through thick and thin and as Hernández states, “the fans are the club’s biggest support system and this is what keeps them going”.

The Tigres UANL’s home stadium – El Volcán – opened its gates in the year 1967. The venue boasts the highest attendance figures in Mexico. It is not an avant-garde venue but carries an old-world charm around it. Hernández admitted that the worn-out facility is indeed throwing up huge challenges before the club but, nevertheless, the building carries a majestic aura and stands tall. And the staunch Tigres supporters add to that aura.

The Tigres UANL Femenil is a Mexican women’s football club based in Monterrey, Nuevo León, Mexico. The club has been the female section of Tigres UANL since 2017. The team plays in the Liga MX Femenil which commenced in September 2017.

She informed that the women’s team is also a force to reckon with and have demonstrated their pitch prowess on several occasions – “They have been four times champion nationwide and are the best professional female team. The Femenil fixtures boast highest attendance in the world and they have reached this exalted position by initially getting trained by the men’s team.”

Hernández informed that the club accords highest priority to sustainable efforts with the thrust on waste management -“We are big time into PET practices which is all about chemical recycling of PET wastes with different catalysts. We encourage people to bring their plastic so we can recycle and again utilize 60 to 70 percent of the PET during an event.”

In this context, the club has inked deals with several companies so that they can donate the PET which they collect after an event is held in the Tigres home and the money which comes after selling PET items goes towards fulfilling the club’s other social obligations.

She further informed that the Tigres has an agreement with the Mexican multinational building materials company CEMEX who finance the club’s waste management initiatives.

Hernández pointed out that they try to persuade the fans not to litter all around their seats and help keep the stadium squeaky clean but there are lot of spectators who “do not wish to cooperate”.

The Tigres asked a firm to carry out an Environmental Impact Assessment (EIA) to exactly find out how much waste was being generated as she added, “A lot of waste gets generated after a regular soccer game and we are pulling out all stops to ensure that we generate minimum waste and in this regard carried out a study to gauge how severe was the impact on the environment.”

She further pointed out that beer glasses, cigars and cartons make for 3 percent of the waste. To further minimize the same, Tigres entered into an agreement with Cemex as part of which the waste generated per day is collected by the Cemex people and they are responsible for its disposal – “We have also entered into an understanding with our concessionaires and brands to reduce fireworks and try using more ‘Green’ products. We are working on recycling of glasses and cups to bring the numbers down.”