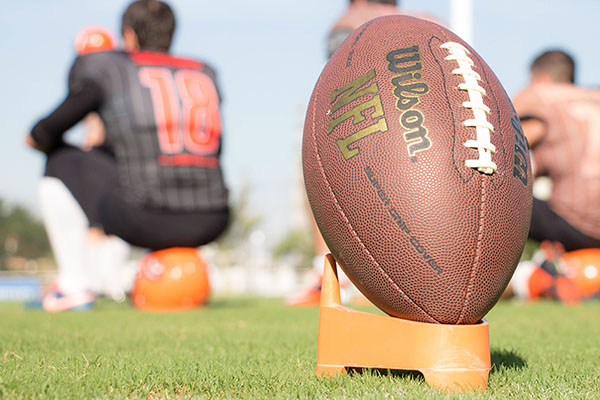 Growing up first in Zimbabwe, then in South Africa, Neill Duffy became aware early on of the challenges of economically and socially marginalized communities. Now CEO and founder of Purpose + Sport, a sports-marketing agency based in San Francisco, Duffy is recognized as a thought leader in supporting organizations to expand beyond philanthropy and corporate social responsibility to embrace sustainability and purpose as core strategic business drivers. In September, Purpose + Sport oversaw the implementation of the purpose component of Super Bowl 50, “the most shared, most participated in, most giving Super Bowl ever.”

The path to that clear triumph began in the messy social and racial nexus of apartheid. As a sports marketer in South Africa during its transition to majority rule in 1994, Duffy realized the major role the sports sector could play in helping to normalize the nation’s formerly apartheid and thoroughly sports-crazy society. Through his agency, Octagon Worldwide, he worked to ensure that every sport sponsorship had a strong development component — and repeatedly saw this strategy translate into returns for multiple stakeholders.

The true “Aha!” moment came when South Africa hosted and won the 1995 Rugby World Cup — a moment immortalized in the 2009 movie, Invictus — when newly elected President Nelson Mandela leveraged the country’s passion for sport to rally all South Africans to support the international event.

“It was a defining moment for me as I witnessed firsthand the power of sport to change the world — in this case to midwife the birth of the ‘Rainbow Nation’ of the post-apartheid South Africa,” Duffy says. “And that was accomplished while also delivering a financial ROI for sponsors and the event owners.”

In the years since, Duffy has accrued experience starting, developing, growing and managing businesses throughout the world and has shepherded some of the world’s most dramatic examples of the marriage between sport and purpose. The granddaddy of them all so far has been Super Bowl 50, with a “net positive” goal — socially, environmentally and economically. Duffy served as sustainability co-chair on the Host Committee’s Sustainability Committee and was its sustainability advisor — a role that earned him the moniker “Green Guru.”