The GSB Interview: Tim Trefzer, on the Greenness of Atlanta’s Super Bowl LIII

The GSB Interview: Tim Trefzer, on the Greenness of Atlanta’s Super Bowl LIII 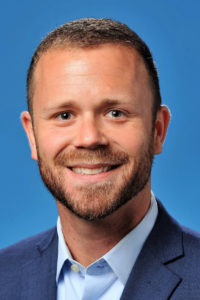 Super Bowl LIII Week is in full swing in Atlanta, complete with red carpet galas, fan-fests, and Media Day, all leading up to Sunday night’s battle between the New England Patriots and Los Angeles Rams. From a sustainability perspective, Atlanta has a leg up on other host cities since the game will be played inside Mercedes-Benz Stadium, the first LEED Platinum professional sports stadium in North America. GreenSportsBlog spoke with Tim Trefzer, the Atlanta Super Bowl LIII Host Committee’s Sustainability Chair, to see what is going on green-wise beyond the stadium.

GreenSportsBlog: Atlanta has been the center of the Mega-Sports event and Green-Sports worlds over the past 18 months. Mercedes-Benz Stadium hosted the 2018 College Football National Championshiplast January and the Green Sports Alliance Summit in June. It also was the site of the Major League Soccer All-Star Game in July and MLS Cup in December. And of course this Sunday, Super Bowl LIIIcomes to town. And Tim Trefzer, you are at the heart of the Green-Sports action as Sustainability Chair of the Atlanta Super Bowl Host Committee. Thanks for talking with us at what must be a crazy busy time.

Tim Trefzer:  My pleasure. And yes, it’s been busy, really going back to the 2018 College Football Playoff National Championship, as I handled a similar sustainability role for that event as well. And we, along with Georgia Tech, will play host to the 2020 NCAA Men’s Final Four so we’ve got more mega-events coming down the pike!

GSB: That is not a surprise, what with Mercedes-Benz being the state of the art in stadium design across all metrics, including sustainability through its LEED Platinum status. So with that as backdrop, how has the Atlanta Super Bowl LIII Host Committee approached the event through a green lens?

Tim: We are working closely with Jack Groh of the NFL — he’s managed the league’s Super Bowl greening efforts for over two decades — to make the most of the league’s four sustainability pillars. Number one is Material and Resource Recovery. We are working with local Atlanta organizations on food, textile, and other material donations that will come from the game, the many ancillary events, and participating hotels. Our partners include the Atlanta Community Food Bank, Salvation Army, and Habitat for Humanity. We also assisted Verizon, an NFL environmental sponsor, with their annual E-waste recycling event in the run up to the Super Bowl. Ours was at Zoo Atlanta and it was a big success as 42,446 lbs. of electronics were collected, the most ever from this event!