The GSB Interview: Lauren Tracy, Leading the USTA Efforts to Green the US Open

The GSB Interview: Lauren Tracy, Leading the USTA Efforts to Green the US Open 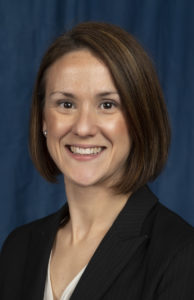 The US Open, New York City’s two-week late summer tennis fest that draws over 800,000 people, has been at the forefront of sustainable mega-sports events for over a decade. Lauren Tracy, the US Tennis Association’s (USTA’s) Director of Strategic Initiatives, has been involved with their greening efforts since its early years. GreenSportsBlog chatted with Tracy about the USTA’s sustainability history, how the US Open made out from a green perspective in 2018, and what to watch for going forward.

GreenSportsBlog: Lauren, as a mediocre but avid tennis player, I have a particular fondness for the USTA’s greening efforts, especially at the US Open. So I’m excited to talk with you about all of this. How did you get involved?

Lauren Tracy: I’m not a tennis junkie. From New York City’s northern suburbs, Dutchess County to be exact, and an MBA from Marist College in Poughkeepsie, I was excited to get a job at the USTA as a paralegal in nearby White Plains working on the pro tennis side. Back in 2010, the USTA executive director asked me to transition into the Executive Office in a project management role. It included overseeing some of the USTA’s organizational priorities, including our US Open environmental program, as well as to help develop what is now our “SafePlay” athlete safety program.

GSB: These are very important and high profile…

Lauren: Yes! I was in the right place at the right time for sure.

GSB: When did the environmental programs come into the mix?

Lauren: It really started in 2007. When we dedicated the National Tennis Center to Billie Jean King she wanted to know what we were doing to lessen the US Open’s environmental footprint. The venue was named for her.

Lauren: That’s right! Our board was asking the same thing. We had only taken baby steps, green-wise, before then. We engaged industry experts to help us develop a comprehensive environmental program for the US Open. Those experts included Bina Indelicato, founder and CEO of eco evolutions, who now serves as a sustainability consultant for the USTA, as well as Allen Hershkowitz, who really pioneered the green sports movement.

GSB: What were some of the first sustainability initiatives under the Tracy Administration?

Lauren: It was an exciting time because the USTA gave us the direction to try new things. So that’s what we did. We would identify an opportunity to improve the environmental efficiency of an element of our operations at our site and start by conducting a pilot during that year’s US Open.

After the conclusion of that year’s tournament, we’d evaluate to see what worked well and what did not. If it worked, we’d roll it out the next year across the entire USTA Billie Jean King National Tennis Center.

A good example of that was composting. We piloted it in 2011 in the back-of-house operations with our concessionaire, Levy Restaurants. That was the easy part, as their chefs bought in from the beginning. We went big the first year, starting with the kitchens at Arthur Ashe Stadium, the largest venue on our campus…

GSB: …And, at 23,700+, the largest seating capacity of any tennis stadium in the world…

Lauren: Yes. Over the years, composting was eventually rolled out to the other kitchens on the site. We partnered with Levy, as well as the waste hauler and did a lot of training with kitchen staff. Understandably, there were some growing pains but now we have a program with a lot of buy-in and had a very successful New York City Department of Sanitation inspection. In fact, so much so that, by 2017, our overall waste diversion rate was greater than 90 percent!

GSB: WOW! That’s a quick turnaround the way I look at it. And it qualifies the US Open as a zero-waste event but you knew that already…

Lauren: You bet! We did even better last year, getting to 97 percent diversion. What got us closer to 100 percent, in addition to recycling and composting, was bringing much of our un-recycled, un-compostable material to Covanta’s waste-to-energy site out on Long Island.

GSB: How does it work?

Lauren: First of all, the facility is the cleanest place I’ve ever seen — and it’s a place where garbage is hauled! It is then burned in a safe way, with the resulting heat being used to cleanly power swaths of Long Island. Amazing.

GSB: I’ll have to check out that facility someday. Congratulations on 97 percent diversion. That’s terrific. Now I know that the USTA undertook a major construction initiative at the Billie Jean King National Tennis Center a few years ago. Where did sustainability fit in?

Lauren: Well, in 2013, we started a five-year plan to strategically transform the USTA Billie Jean King National Tennis Center. Those renovations and new builds would be done in an environmentally-friendly and -forward way. The first structure to earn LEED certification was our Transportation Building — which serves as the headquarters for our transportation operation, as well as the credential office during the three weeks of the qualifying tournament and the main draw. Then, in 2016 our new Grandstand stadium opened…

GSB: …I love the Grandstand. The third-largest playing venue on campus, with a capacity of 8,000, is stunning, architecturally speaking.

Lauren: I agree. It became our first LEED certified playing venue. And, as anyone who has been to the Open the last couple years knows, we tore down our second largest playing venue, Louis Armstrong Stadium, and built the new, 14,000 seat Louis Armstrong, opening it last year.

GSB: …Another winner. It is a beautiful place to watch tennis. Did new Louis Armstrong become LEED certified?

Lauren: It did, earning LEED Silver status — the highest certification level on campus. Its natural ventilation system is a significant advance in terms of green outdoor venue construction is concerned. Overall, we’re very proud of the new Louis Armstrong Stadium, including from a sustainability perspective, as it represented the completion of the five-year strategic transformation of our campus that I mentioned earlier. And that we were able to finish on time in 2018, on the 50th anniversary of the US Open, made it extra special.

GSB: Great timing indeed. With the major construction complete in Flushing Meadow, what other environmental advances are you and the team working on? Is on-site solar going to be part of the mix?

Lauren: On-site solar is a question we get a lot. It’s tricky for us. While the facility is open all year, our attendance and electricity usage spikes for the three weeks of the tournament in late August-early September. And while we own the venues, the City of New York owns the land and so the solar conversation involves several parties. This doesn’t mean solar won’t happen, it just means it will take awhile. As for what else is next, I wanted to mention that our location is a plus, sustainability-wise. The New York City subway and Long Island Railroad have a station just outside the tennis center, which allows over 50 percent of all attendees to take mass transit, which a great number.

GSB: That sounds about right…

Lauren: Also, in addition to the USTA Billie Jean King National Tennis Center, we also built our USTA National Campus in Orlando. The Welcome Center, which includes our staff offices, is LEED certified. Back to the Open, we’ve got some cool initiatives around recycling. In 2018, we started working with Ronald McDonald House up in the Hudson Valley of New York State. We sent them 9,000 metal tabs from tennis ball can tops. The metal tops are pure aluminum and they are able to earn some money from recycling it.

GSB: What a great idea? Can the USTA broaden that out beyond the Open to other tournaments and to the thousands of recreational tennis centers around the country with which you have relationships?

Lauren: This is something we’re exploring, Lew. Our sections across the country know about it; we hope they are able to bring it to their regions as well. As far as the used tennis ball cans from the Open are concerned, we send them to TerraCycle in Trenton, New Jersey…

GSB: …TerraCycle is an incredible company that specializes in a “zero-waste economy,” with state-of-the-art recycling and upcycling.

Lauren: That’s right. We send them our tennis ball cans and they break them down and recycle them. I also want to mention Imperfectly Delicious Produce. I love this program! We take imperfect-looking fruit and vegetables and use them in sauces and dips to eliminate unnecessary food waste. Finally, in 2018, we eliminated plastic straws, replacing them with paper straws.

GSB: Very cool. Now this would not be a GSB Interview if I didn’t ask about how the USTA goes about communicating its green initiatives to fans…So how do you do that?

Lauren: We do some marketing of our greening efforts, from content in our program magazine to our website. But we need to do more from a fan engagement perspective and are committed to doing that this year and in 2020.

GSB: I plan to be out at the Billie Jean King National Tennis Center this summer and look forward to seeing what you and the team have done, fan engagement-wise.