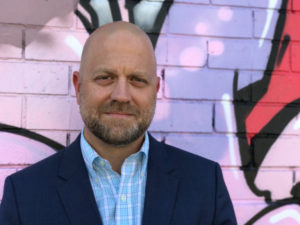 The Green-Sports movement is in a transitional phase from its initial 1.0 version — the greening of the games themselves — to its 2.0 incarnation — engaging fans on environmental and climate issues.

The Green Sports Alliance, now eight years old, is also in the midst of change, as it searches for a new executive director to lead the organization firmly into the Green-Sports 2.0 era. That the Alliance is the most established Green-Sports trade association in the world may be taken for granted by many. But for those who were present at its birth, the odds of the GSA reaching its eighth birthday was by no means a certainty back in 2011. An organization dedicated to the Greening of Sports? What did that even mean?

With that in mind, we spoke with Jason Twill, one of the GSA’s Founding Directors and co-author of its bylaws. This long-form interview gets the inside story of how the Alliance came to be, the fascinating route Twill took to be — as Lin Manuel Miranda famously said in Hamilton — in the “Room Where it Happened,” and how the Alliance and other similar organizations around the world can help build a Green-Sports 2.0 world.

GreenSportsBlog: Jason, the story of how the Green Sports Alliance came to be is something I’ve been interested in for some time, so thank you for talking with us. Tell us about your background and how you came to be involved with the Green-Sports movement in its embryonic stages.

Jason Twill: Thanks, Lew. It has been quite a circuitous route. Toward the end of high school in Warren, NJ, a New York City suburb, I tended bar in Hoboken, which was a quick train ride away from Greenwich Village. I have this memory of emerging from the depth of the underground like I had crossed some imaginary threshold into this world of excitement — streets buzzing with energy, layered with a diversity of people and cultures that make The Village great and the antithesis of suburbia, which I hated. That’s when my passion to create better cities and communities began, and I have never looked back.

GSB: What came next?

Jason: I studied art and political economics at Colorado College; and I also had the privilege of studying in Florence, where the piazzas and labyrinthine grid was a very different sort of urban environment. I loved it! I then moved to New York and was interested in pursuing fashion design. Took a construction job to pay the bills while studying at the Fashion Institute of Technology and Parsons School of Design.

GSB: What happened to loving cities and urban architecture?

Jason: I told you it was a circuitous route! I got the fashion bug in Florence. So, back in New York, I spent my days on construction sites and evenings at fashion shows and working with designers. This confluence of construction and design is what ultimately led me back to a passion for architecture. It hit me like a ton of bricks when I was visiting the Getty Center museum in L.A. I found myself looking at the buildings and landscape as art and became set — finally — on becoming an architect.

I applied to Columbia for urban studies and architecture and, while waiting to start, took a summer job in 2001 with architecture firm Mancini Duffy. Their offices were in Tower 2 of the World Trade Center. I was in the building on the morning of 9/11. Escaped by just a hair, along with others from the firm, but I lost a lot of friends that day. So I postponed school and went back to the firm to help them rebuild their practice. I noticed several friends there suffering from post-traumatic stress. Having been through a lot of adversity in my life, I set up an informal 12-step-like program in which we all supported one another to get through the fear and anxiety we were experiencing.

At that time, my co-worker and future wife, Jennifer, gave me a book, “The Geography of Nowhere: The Rise and Decline of America’s Man-made Landscape,” by Jason Howard Kunstler, a fantastic, non-technical explanation of suburban sprawl in the post-World War II era. It made me reflect on my own experience growing up in the suburbs and how much the built environment shapes our social patterns and behaviors. I literally closed that book and knew what I wanted to do with the rest of my life: Disrupt the real estate sector through ecologically and socially conscious development models. So I pivoted from Columbia to getting a Masters in real estate development and finance at NYU.