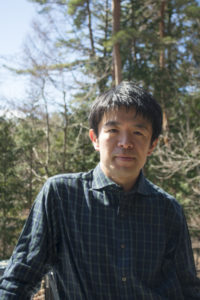 The Green Sports Alliance has, for most of its nine-year existence, been a North American organization.

That has changed, thanks to the Earth Day 2018 launch of Green Sports Alliance Japan.

With its first birthday coming up soon, GreenSportsBlog spoke with CEO Haruki Sawada, to understand how and why GSA Japan came to be and how it plans to bring Green-Sports to the Land of the Rising Sun.

GreenSportsBlog: Haruki, I am really glad to hear that there is a Green Sports Alliance Japan. Tell us how it came to be and how you came to be the fellow who helped make it happen?

Haruki Sawada: Great to talk with you, Lew! It’s quite a story. You see, up until September 2017, I worked for the Mitsubishi Corporation for 16 years, mainly in their chemical group. I lived in Dusseldorf for the last 3 years, traveling throughout Europe, selling chemical products. During early 2016, as I would go into customers’ headquarters like BASF and Dow, I noticed things were changing. These companies were looking into new, sustainability-enhanced business opportunities like bioplastics, feedstock flexibility, process innovation, operational excellence, nanotechnologies and other things. These businesses are working on social and environmental challenges and they were doing well by doing good. I thought to myself, ‘we also need to develop this sort of thing for the Japanese market.’ So, since then, I started to propose sustainability-enhanced new business models — one after another — to Mitsubishi management.

GSB: How did they react?

Haruki: Well, Mitsubishi had started to incorporate some sustainability aspects into their business strategies earlier than other Japanese companies but it was still early days overall. My ideas did not convince them to want to move faster. So management said no. I went back to my boss with more ideas but, after reviewing them, the result was the same. Still, I felt there was something there. So in November, 2016, I was attending a bioplastics conference in Berlin and I bumped into Justin Zeulner…

GSB: …At the time the President of the Green Sports Alliance…

Haruki: Yes! I thought ‘What is this American guy doing at a bioplastics conference in Germany, talking about sports?’ But as he talked about how the interconnected supply chains at sports stadiums and arenas, from food to lighting to HVAC¹, are just like those of all other industries — helping to cause our greenhouse gas emissions problems — and how sports touches so many people, my boss and I quickly understood why he was there. Every sustainable business idea could be funneled through sports. So Justin and I kept on talking. And I started thinking about starting a non-profit in Japan dedicated to the greening of sports.

Haruki: Oh yes. Leaving a big conglomerate to start a nonprofit is very difficult in Japan, much more so than in the U.S. or Europe. It’s just not done. Also the startup, entrepreneurial culture is not as organic as in the U.S. Plus sports as a business is not nearly as big, not nearly as developed as it is in the west. And in Japan, “green” is not a term we recognize. “Eco” — which means things like energy saving and tree planting — is something we get. But “green” or “sustainability” — not so much. And, then there is the barrier of language to make the challenge even bigger.

Haruki: Yes! But we do have some advantages. For example, in Japan, we have no oil, no shale gas. We have to import most of our energy because we don’t have our own resources. So we’ve had to live sustainably for a long time even though we don’t use the term ‘sustainability’ in Japan at the moment.

GSB: Interesting. What term do the Japanese use?

Haruki: The most popular term at the moment is “eco.” Anyway, I thought that getting involved with Green-Sports could help the Japanese market access the best greentech products from the U.S. and/or Europe. And some Japanese clean technology products and services can be sold throughout the world. So I approached Justin and told him I was ready to take the step to start Green Sports Alliance Japan.

GSB: That’s a huge step! I give you credit. What happened next?

Haruki: Well, in 2017, Justin and GSA board member Jason Twill came to visit Japan. I showed them our plans for building out the nonprofit as well as for green headquarters building which our founder Mr. Mikio Yoshino is developing in a forest near Mount Fuji. I told them it would be a big challenge because Japan does not have a deep culture donating to nonprofits. Teams are currently not seeking out eco- or green programs. Most of the sports stadiums and arenas in Japan — about 95 percent —are owned by municipalities rather than teams. This adds a layer of complexity. But despite the challenges, I thought the opportunities are strong enough, the eco-culture and technical innovation embedded enough in the country, to make a go of starting Green Sports Alliance Japan. So we legally registered in December 2017, and our commercial operations started in the end of April 2018. We were very appreciative that New York Yankees Senior Vice President of Operations Doug Behar, Jackie Ventura, Sustainability Director of the Miami Heat, as well as Justin, and Jason gathered in Japan to support the kickoff of GSA Japan.

Our first partnership is with the Tohoku Free Blades, a professional ice hockey team owned by Xebio, the largest sports retailer in Japan. In the city of Hachinohe, Aomori Prefecture (akin to a U.S. state). They are currently in the development of a new ice rink arena, called “Flat Hachinohe” that is scheduled to open in spring of 2020. GSA Japan, as the arena’s green project manager, will develop social and environmental sustainability activations.

GSB: That is brilliant! What will those activations look like?

Haruki: We are planning to collect used down coats from fans and people in the local community. Tohoku Free Blades will repurpose them into bench coats, in collaboration with a feather supplier, apparel producer, designer, and nonprofits. The coats will be for players and coaches, and leased to fans that come watch the games at the arena. This way, they can engage as many people as possible. That will allow the rink to reduce their HVAC costs and contribute to the reduction of greenhouse gas emissions.

GSB: That’s really impressive, Haruki. How are you connected the Green Sports Alliance? And how does GSA Japan generate revenue?

Haruki: GSA Japan is a separate entity from the original Green Sports Alliance, including from a financial perspective. We license the name, collaborate whenever possible and are helping to build overall brand awareness. As for monetization, we are making revenue sharing agreements with our partners at the moment.

GSB: And will you be soliciting donations, even though that’s not such a big thing in Japan?

Haruki: Yes, we will, but as our founder Mr. Mikio Yoshino mentions to us all the time, we shall first work to develop and invent others benefits. Therefore, at the moment, we are closely working for Japanese club teams and venues.

GSB: What’s the second project you guys are working on?

Haruki: We are about to facilitate a discussion between Sano High School Rugby Football Club and Shimojima, one of the leading paper and plastic packaging material producers in Japan. Shimojima supports the club’s commitment to join the UN-led Sports for Climate Action Framework.

GSB: I like that you and the Green Sports Alliance Japan is building support and interest from the grassroots level. How big is your team?

Haruki: Right now, we have four directors including me, eight board members, seven advisors plus two operational staff members.

GSB: It’s smart to start off as a lean organization. Given that your team is small right now, how does GSA Japan plan to approach and connect with the biggest sports in Japan — baseball, soccer, sumo, golf and tennis — to bring things like on-site solar and other green technologies to stadiums and other venues?

Haruki: Recently we supported a couple of Japanese club teams in playing a leadership role at the first ever Sports for Climate Action event at the COP24 global climate summit in Katowice, Poland in December 2018. And the construction of at least 20 new stadiums and arenas are planned in Japan by 2025, with renovations of a number of existing venues on the docket as well, so the potential is there for eco-principles to take hold and we want to be there to make sure that takes place. It is of course clear that Japan is not as big as the U.S., but we believe we still have something we can contribute to achieving the goals of the Paris Agreement and the UN Sustainable Development Goals, both of which hold great potential to stabilize our climate, proliferate peace and prosperity, and new and open opportunity for billions of people. We look forward to seeing how the dots connect with each other through sports in Japan.