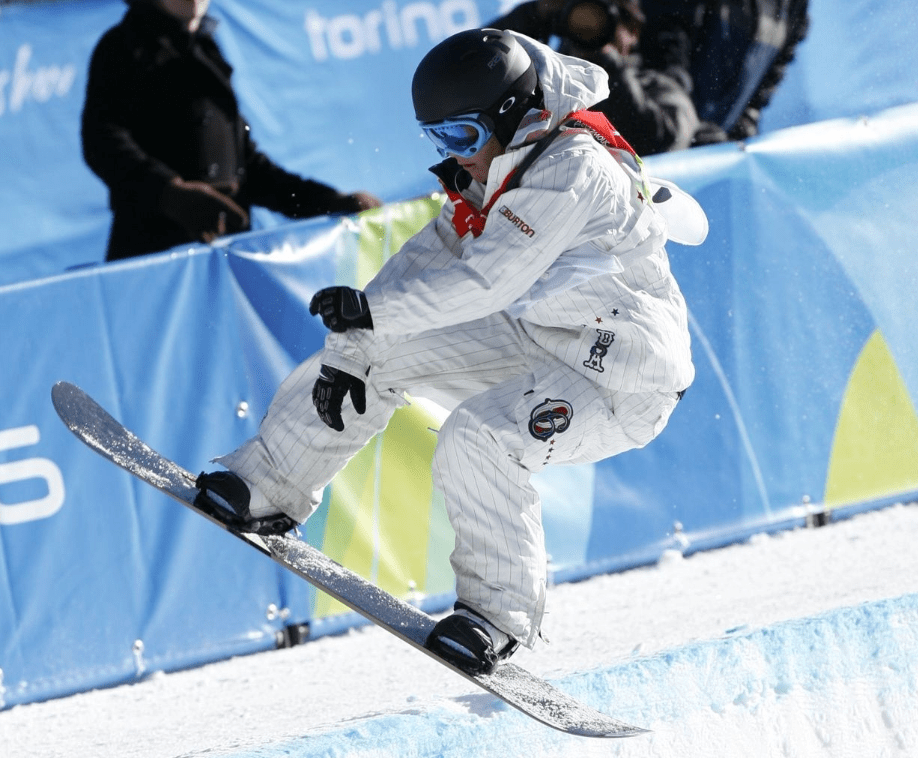 GreenSportsBlog had to talk with Elena Hight.

I mean it’s not every day that you get to talk to an Olympic snowboarder who grew up in the snowboarding capital of…Hawaii. Who is also a filmmaker. Who also has the ideal last name for a snowboarder. And who also is engaged in the climate change fight.

GreenSportsBlog: Elena, the outlines of your story are fascinating; I bet the actual story will be even better. So start at the beginning: How did you become a snowboarder from that winter sports capital, Hawaii?

Elena Hight: I was born on Kauai in Hawaii where my dad, a lifelong surfer, had lived most his life. We relocated to the mountains when I was six, finally ending up in Lake Tahoe…

GSB: Now I get where the snowboarding comes in…

Elena: Oh yeah! My dad taught us to snowboard almost immediately. Which makes sense because it’s the winter surf sport. I loved it from the get-go; started competing as a seven year-old in amateur events. It was made for me — I was able to spend time outdoors, in nature, expressing my creativity.

GSB: And you were good at it…

Elena: I was a very competitive kid, so I loved it. At 13 I entered and podiumed my first professional event, which secured me an invite to that season’s Winter X Games. The following year I was invited to join the US Snowboard Team and started my professional career as a halfpipe competitor.

GSB: Amazing! And then you made the Olympics shortly thereafter…

Elena: Yes! I made the 2006 US Olympic Team, finishing 6th in the halfpipe in Torino. Four years later I finished 10th in Vancouver in 2010. While I didn’t make the Olympic team after that, I competed in halfpipe at Winter X Games, US Opens, and various other events over the next eight years. Last year I hung up my jersey to pursue big mountain snowboarding and focus on making snowboard films.

GSB: What is big mountain snowboarding?

Elena: Big mountain snowboarding is the pursuit of riding mountains “off piste”, or out of bounds from a ski resort. We access the terrain in various ways, documenting the riding and the adventure that goes along with it. I love it because it is so creative — you have the ability to blaze your own trail. It’s also ideal for the creation of snowboarding films. I’ve been involved in a few thus far in my career, including “Ode To Muir,” with Jeremy Jones.

GSB: Jeremy Jones is founder of Protect Our Winters (POW), the group of elite winter sports athletes who advocate for climate action…

Elena: YES. Jeremy has been at the forefront of the snowboard industry in many ways: As a competitive snowboarder, the films that he makes, as well as starting and uniting the winter sports industry with his non-profit, Protect Our Winters. He’s an incredible human and great to work with…

GSB: I know you’ve worked with POW. Why and when did you get into environmental activism?

Elena: During the Olympic qualifiers in 2014, we were scheduled to have an event in Tahoe. The organizers had to cancel it a few weeks prior and move it to another location due to there not being enough snow to build our courses.

Because of this change we ended up running three qualifying events in three days rather than over the course of two weeks. This was extremely trying and hard on everyone. This was one of the first times that climate change directly affected my career in a significant way.

Later on that year, when I was again in Tahoe during the summer I saw the direct effect of that low snow year. Lake levels hit a record low and I was walking to the end of boat docks on dry sand. Seeing the effects of this warm weather carry over from the winter to the summer and impact not only my personal career, but the economy and the environment of my hometown was the moment that I realized I really needed to get involved in fighting for our world. It motivated me to join POW later that year.

GSB: What has been your experience with POW over the past five years?

Elena: POW has done a great job of educating the outdoor sports community about climate change and how we as individuals can get involved in combating it. I believe that most outdoor enthusiasts are very passionate people and when we can all rally around a common passion — our Earth — it truly feels like we can help make a difference. POW has really given our industry a united, forward-facing platform to advance the climate change fight.

Over the years I have been involved in many different initiatives with POW. I’ve done everything from climate marches, to talking with school kids about climate change, to lobbying members of Congress in Washington, DC.

GSB: What was it like for you to lobby in DC?

Elena: It was very daunting at first. I never had the intention of becoming politically involved and had no experience at all. But that also made it exciting. It’s very interesting to learn about the ins and outs of politics. What I found is that members of Congress are more open to listening to POW athletes because we’re on the front lines of climate change. I’m bringing the perspective of someone who spends all day in the mountains. Many Members of Congress we speak to either are on board with the seriousness of the climate crisis or at least acknowledge its reality. But I have met with deniers and it’s hard and even humbling to hear that.

Elena: Well, I’m with other athletes who see the same things I do in terms of climate change. So to meet someone who denies reality and who is in a position of power shows us how much work we have to do to get to a place where we can start solving the climate problems. So that is humbling. But I’m an athlete and that teaches us perseverance, which goes a long way in lobbying.

GSB: I’ve lobbied Members of Congress on climate change with Citizens’ Climate Lobby and so I can relate to the “long slog” aspect of it all. And as you well know, we don’t have a long time to get this right. But let’s go back to “Ode To Muir,” the film you made with POW Founder Jeremy Jones. What was that about and what was it like?

Elena: Jeremy Jones and I went on an intense eight-day trek through the Sierra Nevada mountains to highlight what was going on in terms of the climate crisis. Our goal was to use the film to motivate young people in states with tight Congressional races to get out and vote on climate. So we took the film on the road to colleges in swing districts in California, Montana, Nevada, Oregon and Washington right before the midterm elections. It was really well received and hopefully we made a positive difference in some tight races.

GSB: How did you enjoy that experience?

Elena: I loved it! Many people came up to me and said they were iffy about voting before but seeing the film convinced them to vote. And now I’m involved in a referendum campaign called “YES ON 6” in Nevada. The goal is to bring about a vote in 2020 that will commit the state to drawing 50 percent of its electricity from renewables by 2030 and 100 percent by 2050. The initiative has passed two of three hurdles so far, with YES ON 6 being the final one. This would be a huge deal because Nevada is definitely not a green leader. And it should be — we have lots of open space and lots of sun for solar power!

GSB: Really, Nevada should be the Saudi Arabia of Sun! So now that you’re an activist, might a run for office be in the offing?

Elena: I don’t see that in my future. But I will continue to try to make a difference on climate through films, lobbying and urging people to get into nature. My belief is once you spend time in and connect with nature, you inherently want to protect it. And so I plan to continue to use my voice and platform to spread that message.

Elena Hight (the tiny speck in the center-right of this photo) explores big mountain snowboarding in 2018 (Photo credit: Jussi Grznar)