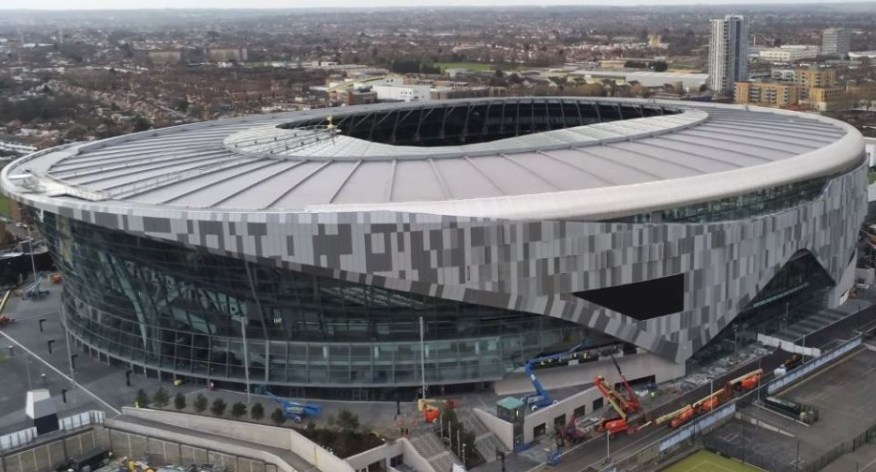 Football/soccer fans the world over are keenly aware that, about a third of the way into the 2019-20 season, Liverpool currently sits eight points clear of Leicester City in the race for the top of the table (aka standings) of the English Premier League, the world’s most popular sports league.

If Claire Poole — founder of next spring’s Sport Positive Summit at London’s Wembley Stadium — has her way, fans will someday closely scrutinize the Premier League Sustainability table that she and her team recently developed. The initial table, which is being released today, ranks all 20 current Premier League clubs on eight sustainability metrics.

GreenSportsBlog spoke with Poole about the birth of the sustainability table idea, how it became a reality, what teams are doing best at the outset, and where things go from here.

GreenSportsBlog: Creating a Premier League sustainability table is a terrific idea. How and when did it percolate?

Claire Poole: Thank you, Lew! As you know, I’ve been working in the sports-sustainability world for the last five years and sustainability more broadly for over a decade. Through this work, I’m of course incredibly interested in what the top teams in the world across all sports are doing on sustainability.

The idea for not just a Premier League sustainability table, but open source information across many leagues, really started to crystallize earlier this year. At that time, I had completed initial work for UNFCCC in regard to the development and rollout their Sport for Climate Action Framework and I was also starting to organize the first Sport Positive Summit, which will take place at Wembley Stadium in London next March. It was clear across these projects and other work I was doing with sports organizations, that although there is an incredible work happening in this space globally, it’s quite difficult to easily access information outlining what exactly organizations are doing, in an easy and digestible format.

GSB: So, how and when did you start turning this idea of ranking 20 English Premier League teams on sustainability, which would take an incredible amount of work, into reality?

Claire: Well I have to credit the initial legwork to my research assistant, Rob Ellinson. He basically spent his summer digging into the publicly available sustainability data on all 20 EPL teams¹, from Arsenal to Wolverhampton. Rob also began to compile information on clubs in Germany’s Bundesliga, Spain’s La Liga and others.  We are in the process of compiling tables for all of the top football leagues around the world and going forward plan to cover other sports leagues.

I had tasked him with the categories on which to find information and Rob was able to put together a decent database through his dogged internet research this summer but there were patches that need to be filled in. So, I picked up the baton in September and reached out to each club directly get the questions answered.

GSB: How did that go?

Claire: It took a while, but it went well. I was pleasantly surprised about how responsive the clubs were for the most part. The vast majority were open about disclosing the missing information, curious about how their competitors were doing and highlighted how they planned to do more. Not one club reacted negatively — ‘why are you bothering me with this?’ — nothing like that. There were a couple of stragglers in terms of timeliness, but we finally were able to fill in the remaining few blanks over the last couple of days and so now we’re ready to announce the first English Premier League Sustainability Table!

GSB: What metrics did you include and did you weigh one metric more heavily than another?

Claire: Eight categories make up the EPL Sustainability Table. They are:

For now, we’ve kept the scoring simple. Each category is weighted equally, with one point awarded for positive activity in each of the eight areas and a half-point if plans are being developed but have not yet been fully realized. This has led to a clustered table, with many clubs having a similar number of points.

This is a good start but, as we go forward, we expect the scoring will become more complex and nuanced, with weighted scoring per category.

GSB: What would an example of going from simple to complex scoring look like?

Claire: Good question. If you look at the plant-based, low-carbon/local food availability for example – in our current scoring system, a team with one plant-based food option on the concourse gets the same one point as a team with perhaps three or four plant based meal options. It might be that we weigh it differently in the future, if there is demand to do that. However, our main focus is to provide a repository of accessible, open-source information for those within industry and others who are interested.

GSB: Before we get to the future, let’s look at the here and now — at the first English Premier League Sustainability Table. Who are the teams at “the top of the table” and who needs to up their games?

Claire: There are four clubs that are doing great work across all eight categories; Arsenal, Manchester City, Manchester United and Tottenham Hotspur. From the likes of zero waste to landfill, water recycling systems, multiple vegan food options and locally sourced food, as well as communicating with their fans on their efforts, they all have done – and continue to do – great work.

However, there are also many clubs that may not have reached this level yet but have made huge progress and have incredible initiatives that we didn’t know about before, so they must be applauded too.

All of these clubs (and sports organizations generally) are on a journey. In some cases, can there be increased ambition? Of course. Is it always as easy as that…no. All of the clubs have the desire to do more and have plans in place – so our main aim is to support them on that journey.

GSB: I only wish my team, Tottenham Hotspur, was doing as well on the pitch as they’re doing in the sustainability table. How often will the table be updated?

Claire: Ahh, well I’m sure many fans feel like that about their team at one time or another – hopefully the sustainability table gives you, and them, another reason to be proud of your team.

GSB: I’d be prouder of them if they could’ve beaten Sheffield United at home…

Claire: In terms of updating the table – we will do it as much as is needed, so hopefully quite frequently when new initiatives are launched! Clubs can advise us of their work, and we will update the table, in as close to real time as is possible. The table updates will always be date stamped, so readers can easily see when the last update took place.

GSB: How are you getting the story out about the Sustainability Table? And where can people find it?

Claire: BBC Sport posted an article featuring the table on its website today. Thanks to them also, as they helped over the last few weeks to get the last bits of data to fill out the table.  Your readers can see the table at www.sportpositivesummit.com/epl-sustainability-table/ and the BBC Sport article at https://www.bbc.com/sport/football/50317760.

GSB: Congratulations, Claire! Finally, I’m sure there were several great stories that stood out as you were compiling the data that became the Premier League Sustainability Table. Can you share one?

Claire: Well, there are a few broader things that stood out to me first of all. Such as the fact that every single club is reducing its single-use plastic and has a sustainable transport initiative. Or that 14 of the 20 clubs have vegan food options available on the concourses – how great is that?

When it comes to a single story, it’s hard to pick just one: but I love that seven top-flight footballers from Burnley FC clubbed together to buy a minivan to drive to training every day!