By Microsoft In Culture 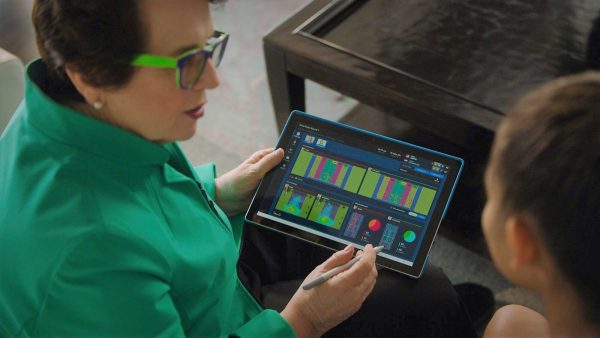 The Fed Cup revolutionized tennis, growing into the largest annual team competition in women’s sports today. Now, it’s changing its name to honor tennis icon Billie Jean King. Find out how she’s continuing to make history while looking to the future of the game.

Today, with big names like Serena Williams, Coco Gauff, and Naomi Osaka, women’s tennis is a sport of international superstars. It’s one of the few arenas to offer women “equal pay for equal play” at some of its most prominent tournaments. But it wasn’t always that way. And one of the athletes who most vocally led the charge for equality was Billie Jean King—part of the Original 9, the nine players who risked it all in 1970 to create a sponsored women’s tour for the sport, ushering in the current era of professional women’s tennis.

This year marks the 50th anniversary of the Original 9. So it’s fitting that the Fed Cup, the Women’s World Cup of Tennis, has changed its name to the Billie Jean King Cup by BNP Paribas in honor of one of the sport’s greatest legends. 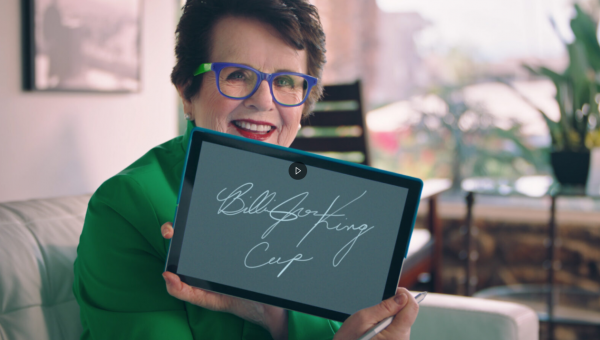 But Billie Jean King isn’t just part of tennis history. She’s a living legend who continues to actively shape the course of the game today, both through advocacy and new ideas. Microsoft has collaborated with King and the International Tennis Federation’s (ITF) Billie Jean King Cup by BNP Paribas to develop and promote technology that empowers players and coaches to take their game to the next level.

When King first burst onto the scene in the early ‘60s, tennis was a very different game. It was played with wooden racquets, the idea of equal pay was laughed off the courts, and there was no such thing as a women’s tour. The first Fed Cup, held by the ITF in 1963, was an exciting opportunity for women’s teams from around the world to come together and compete. Although there was no prize money back then, it attracted some of the world’s best players and teams from 16 countries, showing that the event had staying power. Over the years, King was a member of seven winning US Fed Cup teams as a player and four winning US Fed Cup teams as a captain.

Today, the Billie Jean King Cup by BNP Paribas attracts top players from over 100 different countries, making it the largest annual team competition in women’s sports. Although the event was delayed this year due to COVID-19, it will be back in full swing in 2021 with a new format that will see the top 12 teams compete for the biggest prize fund in women’s team sports—and the chance to be crowned world champions. And the tournament hasn’t just come a long way with prize money, though. The ITF has also made a commitment in data and technology.

Through this collaboration between Microsoft, ITF, and experts like King herself, athletes and coaches at the 2021 Billie Jean King Cup Finals by BNP Paribas will be given real-time access to insights, making it possible to adjust match strategy and improve player performance based on data. The new dashboard uses the Azure cloud platform to process and analyze key elements of the game like player movement, as well as ball, shot, and scoring data. The dashboard, available court-side on Microsoft Surface tablets, then displays all of this information in a visual, user-friendly way that helps players and coaches quickly uncover new insights on their opponents.

King believes the dashboard could provide a huge benefit for players at this tournament in particular, one of the few events in tennis that actually allows coaching between games. “Well, it’s great for this competition because as a coach or a captain sitting on the sideline, when the players change ends, you can give feedback and use all the information—the data and the analytics you’ve received the last two games,” says King. “You can say, ‘Look, here’s what’s been happening, here’s what you need to do.’”

“I would love to be a player with this data. You learn about positioning, patterns, speed—all these things that can make you a better player.“

While Billie Jean King may no longer be playing on center court, she’s a huge champion of the next generation of women tennis players, who look to her with a mix of awe and admiration.

As rising tennis star Coco Gauff says: “I would like to ask Billie Jean King, where does she get her resilience? Today, we have so many role models for girls like me. But during her era, you weren’t used to seeing that. I wonder where she got her inspiration—where she got that kind of fight.”

Luckily for King, her fight lives on in today’s legends in the making … and so will her name with the Billie Jean King Cup.