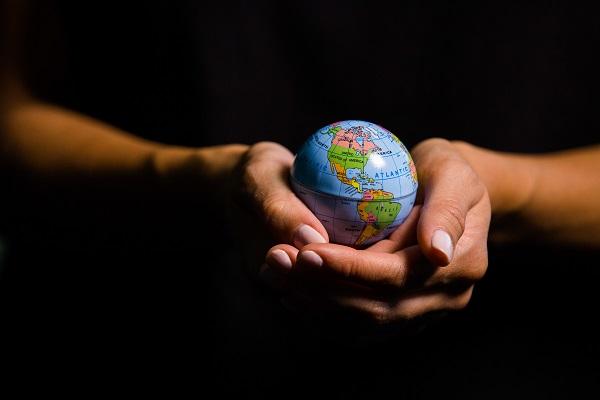 A group of Arizona State University students proposed practical sustainability projects to be tested on ASU campuses to reduce waste this spring, and several of the projects are moving on to implementation this fall.

In the fall of 2019, Kendon Jung, program manager for Zero Waste and former coordinator for Changemaker Central @ ASU, proposed the idea of introducing an interdisciplinary course that would attempt to change behaviors by addressing social or structural barriers. This is how the Sustainable Behavior Psychology Lab was created.

At the start of the spring 2020 semester, an iteration of the Psychology Lab was introduced to the School of Sustainability with implementation of interventions as an end goal.

Daniel Fischer, assistant professor for the School of Sustainability, and Jordan King, sustainability graduate student, were instructors of the lab and led the students in their research and education.

“The idea was to make the ASU campus a living lab for intervention research education, using what we know about behavior change to effect sustainable change in front of our own house door,” Fischer said.

The class teamed up with Zero Waste and Aramark, ASU’s official food service provider, to collaborate on how student consumption behavior could be changed through different approaches.

Due to COVID-19 and classes being moved to a virtual setting, the students were not able to implement their interventions but instead presented their ideas in the form of video pitches for future implementers to take away the key points of their approaches and to use what they have researched as resources.

Team Coffee Cups addressed how the production and usage of single-use cups have a negative environmental and economic effect and how the P.O.D Market inside of the Memorial Union could help change behaviors.

Through their research they discovered that forgetting to bring a reusable cup and lack of awareness were the main barriers that students experienced.

Jacob Ivy, 26, a graduate student studying sustainability, discussed how their three-fold approach would knock down those barriers.

“In order to bring awareness and change behavior, we use messaging, QR codes and [proposed handing] out free reusable cups to students who purchase a drink at the P.O.D.,” Ivy said.

Through signage and opt-in reminders from QR codes, students would become aware that single-use cups are damaging to the environment and allow them to break that barrier of forgetting their reusable ones. Giving away free cups would also encourage students to use them when purchasing a drink at the market.

Using their experience and through observing behaviors in student lifestyle, the group determined that this approach would generate positive outcomes.

“I had discussed with friends outside of the sustainability realm about their barriers and then I also thought about my own barriers when it came to reusable cups, and they aligned with what we had observed,” Ivy stated.

The composting team discovered that a lack of awareness likely contributed to low utilization and high contamination of the compost system around the MU retail dining areas.

In order to change this behavior and increase the participation of the compost system, the team set out to create a signage system that would be effective in raising awareness.

A graphic table tent sign with informational text and imagery would be placed on every table within a retail dining area inside of the MU. The signs are meant to capture the attention of students, communicate a social norm to encourage composting and illustrate the compost bins locations.

Shea Alevy, 29, a graduate student researching environmental justice activisim, realized that the lack of awareness was what had to be changed.

“We recognized that the average time students were spending at the table was 20–30 minutes, when the reality was that the average amount of time spent at the waste stations was less than 10 seconds,” Alevy said.

Most of the time, all food waste is going straight to the landfill because there was not enough knowledge about what item should go where. Even if food waste is correctly composted, high contamination rates can cause Aramark staff to throw the whole bin into landfill.

This is why the group believed it would be more effective to place the intervention on the tables, where students would spend more time. The table tents were meant to inform and educate students before they get to the waste bins.

“Much of what is being consumed in the MU can be composted, so we saw this as a missed opportunity, which is why we structured the intervention this way,” Alevy said.

According to this team’s research, one third of the world’s food supply is wasted every year. With the ASU population growing every year, the goal to change wasteful behavior on campus will reduce the negative social, economic and environmental costs.

The problem behavior they addressed was the excess generation of food waste at dining halls either due to grabbing too-large portions or choosing food that they ended up not liking.

In order to change this behavior, the team decided that signage that encouraged smaller portion-taking, would be placed above sneeze-guards and above the plates at each station in the dining halls in order to decrease food waste.

Recent graduate of the School of Sustainability with a master’s in sustainable solutions Braedon Kantola, 21, discussed how signage would only be successful depending on the reception of the target audience.

“Our research showed varying results of signage success but being strategic and using what we did know would help change the behavior of everyone eating at the dining halls,” Kantola said.

Because they were looking for a change in behavior and not a change in values, using signs as an approach was the route they took.

According to the group’s research, the meat industry contributes to a large percentage of greenhouse gas emissions and other environmental impacts like deforestation and water scarcity.

The goal was to encourage people eating at the Barrett dining hall to choose a plant-based meal by visiting the Daily Root, the vegan meal station.

The team discovered that students have a desire to eat healthy and could take that into consideration when deciding on what to eat.

Their intervention was to table right outside of the dining hall and target those who rarely visited the vegan station and get them to verbally commit to visiting the Daily Root. At the table, information would be given out about the health benefits of a plant-based diet.

Those who verbally committed would be observed to determine if they actually visited the vegan station in the dining hall. Afterward, the participants would be interviewed and ask about their experience at the tabling and whether or not they acted upon their verbal commitment.

Sustainability graduate student Julia Silver, 22, has been plant-based in her personal diet for five years and wanted to fully understand the benefits it has on the environment.

“I was interested in knowing the social and environmental impacts a plant-based diet would have because it has been such a big part of my life,” Silver said.

Many of the influences and barriers when it comes to diet, has to do with each individual. Some choose their meals based on health, culture or religion.

“People’s decision-making processes are very personal and deeply rooted. The major thing that I learned is that we have to work with people; so we framed our intervention on what people care about, which is health, so if we work with what they want, we will create sustainable behavior change,” Silver said.

The lab has received grants for continuing the efforts to have these four interventions implemented on campus this fall 2020 semester.

With the help of the School of Sustainability and the students who created these interventions, the Sun Devil community has the resources for making ASU a more sustainable campus.

If you would like to get involved with the implementation of the interventions or the Sustainable Consumption Lab, contact Jordan King or Kendon Jung for more information.