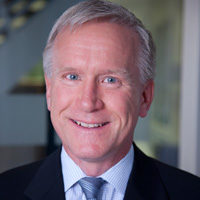 Scott is the General Manager of the Mercedes-Benz Stadium which opened August of 2017. He previously served as VP of Stadium Operations for the Seattle Mariners, Philadelphia Eagles, Milwaukee Brewers and was the Director of Facilities and Events for University of Wisconsin, Intercollegiate Athletics. Jenkins holds a degree in Construction Administration from the University of Wisconsin and an Executive MBA from the University of Washington. Jenkins is a founding member of the Green Sports Alliance and serves as the board chair.