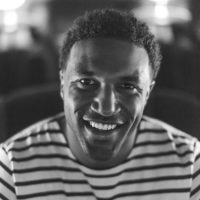 Ryan Mundy, a native of Pittsburgh, PA, is an eight-year veteran of the National Football League. Drafted in 2008, Ryan spent five seasons with the Pittsburgh Steelers (Super Bowl XL Champion), one season (2013) with the New York Giants and two seasons (2014-2015) with the Chicago Bears.

Ryan is the co-founder of SWZLE – a premium eco-friendly straw company. Based in Chicago, IL, SWZLE provides premium paper straws to businesses of all sizes. Additionally, SWZLE empowers consumers with eco-friendly stainless- steel straws (with cleaning brush) housed in an eco-chic case, The SWZLE Straw Pack.

Ryan serves on the National Board of Directors for the Alzheimer’s Association, the Advisory Board of the NFLPA ONE TEAM Collective – an athlete driven tech accelerator, and the Illinois Growth & innovation Fund – a state fund of funds aimed at investing in Illinois based fund managers.