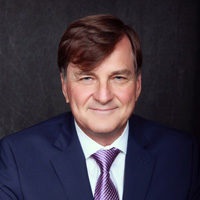 Michael A. Zimmer has been the president of the Miami Super Bowl Host Committee since October 2008. In 2008-2011, he was directly responsible for
overseeing and coordinating the daily operations and preparations for Super Bowl XLIV and Pro Bowl 2010.

Prior to his work with the Host Committee, Michael A. Zimmer served as Video Operations Manager and Photojournalist at NBC6 for 30 years. During this
time he won 12 Emmy Awards for his work, a George Foster Peabody Award, an Alfred DuPont Award and the NATAS Silver Circle Award.

Zimmer is a current board member of the Miami Sports Tourism Advisory Committee. The longtime South Miami resident he is a graduate of Florida State University, where he earned a Bachelor of Science degree in Communications.