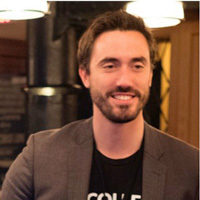 CEO, When We All Vote; Former White House Policy Advisor

Kyle Lierman is the Founder and CEO of Civic Advisors and the CEO of When We All Vote. Previously, Kyle was a Senior Associate Director of Public Engagement and Senior Policy Advisor in the Obama White House. During his six years at the White House, Kyle served as the liaison to athletes and leaders from the sports world, as well as to young Americans, education leaders, and the non-profit and philanthropic communities. Kyle launched and led the “It’s On Us” sexual assault prevention campaign, and spearheaded several other successful public/private partnership efforts, including the launch of Michelle Obama’s “Better Make Room” campaign. Before joining the White House, Kyle was the GOTV director in Louisiana in 2010 for Organizing for America, ran for State Delegate in his hometown of Bethesda, MD, and served as a Special Assistant on the Obama-Biden transition team. Kyle is a proud graduate of George Washington University where he majored in business.