After encouraging fans to offset their own carbon footprint at Euro 2016, UEFA will pick up the whole tab for the 2020 tournament. The governing body’s head of social responsibility talks to SSJ. 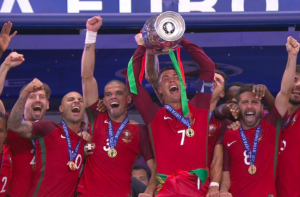 WHENEVER A COUNTRY OR CITY BIDS TO HOST A MAJOR SPORTING EVENT, the decision is usually justified by citing the economic prosperity, profile boost and opportunity to create social change that such an event will bring. But the fact remains that there will almost certainly be a negative impact on the environment.

The building of new stadiums and surrounding infrastructure (not to mention the maintenance and operation thereafter) is responsible for the lion’s share of carbon emissions generated by a sporting event or tournament. However, more often than not, the carbon footprint left by spectators often accounts for a significant proportion of negative impacts.

UEFA has recognised this. After attempting to engage fans by asking them to offset their own emissions during the 2016 European Championships in France, the European football governing body has pledged to pick up the whole tab during the next edition in 2020 and offset the emissions of all fans travelling throughout the tournament.

It’s a commitment that is expected to cost UEFA up to €450,000. During Euro 2016, spectators, fans and guests accounted for 19% (539,000 tonnes) of the 2.8 million tonnes of carbon generated by the tournament. To celebrate the 60th anniversary of the competition, the next edition will be played in 12 host cities across Europe – London, Munich, Rome, Baku, Saint Petersburg, Bucharest, Amsterdam, Dublin, Bilbao, Budapest, Glasgow and Copenhagen – meaning that spectators will potentially travel more, therefore increasing the carbon impact of the tournament.