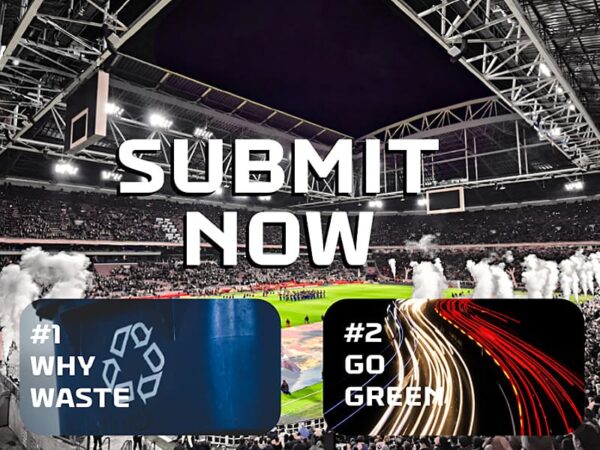 The Royal Dutch Football Association (KNVB), the Dutch professional football club Ajax and their residence – the Johan Cruijff ArenA (Netherlands) – together with the Union of European Football Associations (UEFA) and the City Football Group is starting a global search for innovations that will help to make football more sustainable.

The ‘Johan Cruijff ArenA’ stated these European football organizations want to challenge companies to devise smart solutions that make it possible to reduce CO2 emissions associated with football matches. Promising innovations will be tested in the Johan Cruijff ArenA and at the KNVB Campus in Zeist (Netherlands) as of early 2022. Innovations can be registered at www.reimaginefootball.com.

The Royal Dutch Football Association (KNVB) is the governing body of football in Netherlands. It organizes the main Dutch football leagues, the amateur leagues, the KNVB Cup, and the Dutch men’s and women’s national teams.

Ajax is a Dutch professional football club based in Amsterdam, which plays in Eredivisie, the top tier in Dutch football.

The Johan Cruijff Arena is the main stadium of the Dutch capital City of Amsterdam and the home stadium of football club AFC Ajax since its opening. Built from 1993 to 1996 at a cost equivalent to €140 million, it is the largest stadium in Netherlands.

The Union of European Football Associations (UEFA) is the administrative body for football, futsal and beach soccer in Europe, as well as Armenia, Cyprus, Israel, and the Asian parts of some transcontinental countries. It is one of six continental confederations of world football’s governing body FIFA. UEFA consists of 55 national association members.

The ‘Johan Cruijff ArenA’ further stated that the aim is to find sustainable innovations in the field of mobility and waste processing. How can the CO2 footprint of supporters and teams be reduced when traveling to and from their stadiums and clubs? And how can waste in and around stadiums and clubs be reduced and made more circular? Preferably, these solutions should not hinder the experience of supporters but make it more pleasant.

Solutions can be submitted via an online platform that can be freely accessed by everyone. The football community and other organizations can use the Football Innovation Platform to exchange knowledge, find inspiration and devise solutions together. This is the first of three challenges that the European football organizations will be organizing over the coming year. Other themes include fan experience, sports participation and performance.

Over 1.2 million football supporters in the Netherlands travel to one of the 33,000 indoor or outdoor football matches every week. Over 565 million kilometers are traveled every season in the amateur leagues. This football-related traffic is responsible for 48,635 tonnes of CO2 emissions. The KNVB has devised various initiatives for reducing these emissions. For instance, fixtures are compiled while taking traveled distance into account, without compromising the competitiveness of each league. In addition, focus is being placed on environment-friendly travel, smart charging stations, car sharing, and travel by bike.

The Johan Cruijff ArenA is one of the most sustainable stadiums in the world, partly thanks to solar panels on the roof and reused batteries (from electric cars) for energy storage. Thanks to a special bio-fermenter, the ArenA will soon be the first football stadium in the world that partly runs on self-generated energy from local food waste. Nonetheless, the stadium is facing various sustainability challenges, like further reducing waste production and making it more circular. The stadium produces around 286,000 kilograms of waste each year. Almost 60 percent of this waste is residual waste, which is equivalent to around three ounces of waste per visitor.

In 2020, the first challenge by the Football Innovation Platform focused on the impact of COVID-19 under the ‘Reimagine Football’ program. The football organizations successfully tested and used potential innovations concerning fan experience, stadium operation and playing under COVID-19 restrictions.

For instance, visitors to the Johan Cruijff ArenA can use the VOGO app to rewatch matches on their smartphones. The Close app ensures direct communication with visitors and crowd control during the COVID-19 pandemic and afterwards, and was also used for the matches of the Dutch national team and the ArenA Tour. The app features information about scheduling tests, practical information about e.g., parking, time slots and tickets, as well as fun content like photo filters, a live score feature, a quiz, and exclusive images.

‘Reimagine Football’ is an initiative by the KNVB, the Johan Cruijff ArenA, City Football Group, AFC Ajax, and UEFA, and is being co-funded by the European Regional Development Fund.

The European Regional Development Fund is a fund allocated by the European Union. Its purpose is to transfer money from richer regions, and invest it in the infrastructure and services of underdeveloped regions. This will allow those regions to start attracting private sector investments, and create jobs on their own.