Seb Coe: “Young People Ask A Fundamental Question: ‘Do You Look Like The World I Live In?’”

Seb Coe: “Young People Ask A Fundamental Question: ‘Do You Look Like The World I Live In?’” 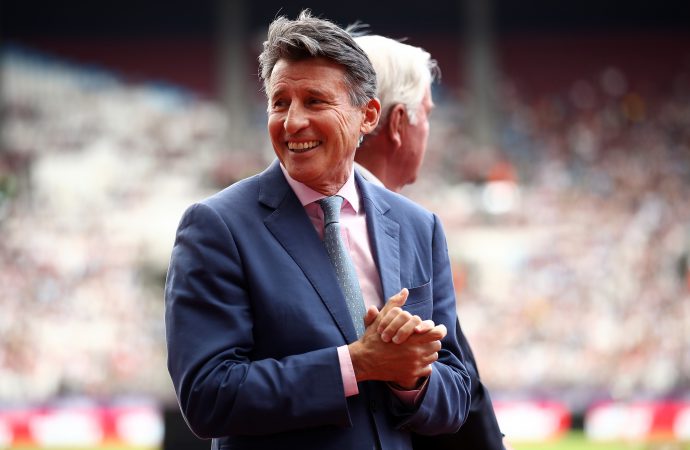 “I will never sign the federation up to a smartly-worded communication, where everybody pats themselves on the back and wanders off to feel good about life, but it doesn’t make a jot of difference to anybody out there on the street,” says IAAF president, Seb Coe, without missing a beat.

“Having a Memorandum of Understanding is one thing – it sort of makes everybody happy and gives them the chance to crack open a bottle of wine. But I think we can really make a practical contribution on this. We’re not a cash-infinite business and we do have to work within budgets, but it’s important that our sport has something to say – and has the ability to be practical – about the big issues.”

And the two-time Olympic gold medal winner has one big issue in particular in his sights: the quality of air and, specifically, how it affects athlete health and performance.

In October, the IAAF will conclude a year-long pilot project in which it has installed air quality monitors in several of its venues around the world, recording air quality data during two of its events – the World Relays in Yokohama and the Mexico City Marathon.

The plan is to roll the devices out to all IAAF-certified tracks so that the organisation can collect a substantial amount of data that will piece together a picture revealing the best times of day an athlete can train and compete, and the safest locations for IAAF events to take place.

The project, says Coe, is “not just an academic exercises”, but crucial to the future health of athletics.

“Millions of people identify themselves as recreational runners, and I genuinely think our sport can play a really important role in what I’ve described as the syndrome of physical inactivity. But it’s better that when we’re encouraging people to run that we’re not replacing one set of pathologies with another,” Coe tells The Sustainability Report in Zürich’s late summer sunshine, ahead of the penultimate IAAF Diamond League event before the World Championships in Doha later this month.

“I could tell everyone to run and explain that we’ll all have stronger cardiovascular systems, and probably better immune systems, but I also don’t want to be responsible for people adopting long-term respiratory challenges.”

‘We have a responsibility’

Ambient air pollution, which is responsible for the deaths of four million people per year (according to the World Health Organization), disproportionately affects athletes, Coe explains, particularly endurance runners who compete or practice for hours at a time.

“A marathon runner that runs for four hours, which is a fairly typical time, is shifting more oxygen through their lungs than a sedentary person is shifting in two days,” he says. “You can imagine the profound impact of circulating air that is not of sufficient quality. So we have a responsibility.”

Coe, who was instrumental in the successful bid and delivery of the London 2012 Olympic Games, reveals that he would like to see air quality being taken into consideration when it comes to the bidding process for IAAF events.

But how could the federation enforce such a requirement?

“Very easily,” he says. “You just add it to the criteria and say: I’m sorry, however much we enjoy your company in this city, we have a responsibility to protect our athletes and their welfare. That’s how you vote with your feet.”

He adds: “If we’re able to make assessments about air quality in a city of our World Championships we should be thinking in terms of whether it makes that city less likely to host the event, because we need to protect our athletes, particularly endurance athletes.”

Tackling air pollution may also come with a desirable knock-on effect: many of the therapeutic use exemptions (prohibited substances that can only be used by athletes for medical purposes) that are applied for are related to respiratory issues. “Squeezing out” these substances is an important priority for the organisation, which was hit hard by the Russian doping scandal in 2015.

Indeed, when Coe was elected president in August 2015 – a few months before the World Anti-Doping Association published its seismic report accusing Russia of state-sponsored doping – he inherited an organisation that was about to face the biggest crisis of its existence. In the aftermath of that report’s publication, it was alleged that Coe’s predecessor, Lamine Diack, used his position to take bribes and blackmail athletes found using prohibited substances.

Diack is due to stand trial in France on charges of money laundering and corruption, but the IAAF is still working to restore its reputation and engender trust in all its stakeholders again. The bold governance reform it outlined in 2016 – the mandate on which Coe was elected – and the creation of the Athletics Integrity Unit will, the president hopes, go some way to repairing the damage done.

“All of these things were about the sustainability and integrity of an organisation that had been battered, if we’re being brutally honest about it,” Coe admits.

One of the flagship policies of his reform is to significantly increase the number of women in IAAF governance positions. During the federation’s 2019 Congress this month, the number of women on the IAAF Council will increase from six to seven, and either Sylvia Barlag, Abby Hoffman or Ximena Restrepo will become one of the IAAF’s four vice-presidents.

In 2023, the number of women on the Council will increase further to 10 (just under 40%), before full parity is achieved in 2027, with 50/50 male and female representation on the Council and in vice-president positions.

Coe’s motivation for implementing quotas stems from one of his “biggest regrets” – having the opportunity to throw his weight behind female-only shortlists to increase representation within the British Conservative Party, of which he was a member of parliament between 1992 and 1997, but failing to do so.

“I sort of went along with the nostrum of the herd that affirmative action wasn’t the way to do it, and that the best always comes to the surface. I don’t believe that now,” he says. “I think you occasionally need to throw a hand grenade in, and that is my instinct.”

He adds: “The London Olympic and Paralympic Organising Committee was better for being the most diverse organisation I will probably ever work in, in terms of gender, ethnicity, disability, orientation. It’s really important that we have an organisation that looks like the world I live in and the issues I believe in.”

But Coe acknowledges the challenge he faces when trying to implement such a bold reform with the backing of all IAAF’s 214 member nations, considering all their different cultural and political nuances that “you can’t just ignore”.

To smooth the transition and prepare potential female candidates for future leadership roles, the IAAF has created a Gender Leadership Taskforce, chaired by IAAF Council member and former US hurdler Stephanie Hightower, which has developed programmes and pathways to identify and fast-track talented women.

“The most important driver in achieving gender equality is male advocacy,” Coe argues. “I think because I was prepared to say this was important to me that it gave some of the male federation presidents, who were instinctively supportive, the extra courage and almost permission to go out into their own nations and say that this is a serious issue. That the president is driving this.”

During his time as chairman of the London Organising Committee of the Olympic and Paralympic Games, Coe led an organisation that put sustainability and legacy at the heart of its pitch. His claim that the London 2012 Games was “very much ahead of the curve” with respect to sustainability is widely accepted. In fact, it’s probably the most sustainable summer Games of modern times.

Bodies responsible for arranging major sporting events (usually International Federations like the IAAF) can’t afford to be “monochromatic” and plan a great festival of sport without having one eye on the environment and communities they take place in, he adds. They have to deliver sport in a sustainable way to engage the future generation of fans and athletes.

“Young people don’t just look at your organisation as a political party or a sports federation or a tech business. They ask a fundamental question: ‘do you look like the world I live in?’ I know that because my kids do. They want purpose,” Coe says with emphasis.

“If you look at current research, young people are very damning about governments, NGOs, agencies. About big charities. A good chunk of them believe they have more chance of flicking the dial socially and politically by working in a really smart, thoughtful business. And I think they’re probably right.”

And Coe wants the IAAF to be recognised as a smart, thoughtful business that has the ability to flick the dial socially. Its ambitious air quality project, he says, demonstrates that.

“My overall ambition is for athletes to be seen not only joining the debate, but helping to provide sensible practical solutions,” he explains. “And if our sport wants to be sustainable, we’re going to have to work with sustainable cities, and sustainable cities are doing something about the quality of their air.

“If we’re not about the quality of air that people and athletes are circulating within their own bodies, then we probably shouldn’t be thinking more broadly about anything. It’s absolutely crucial, isn’t it?”