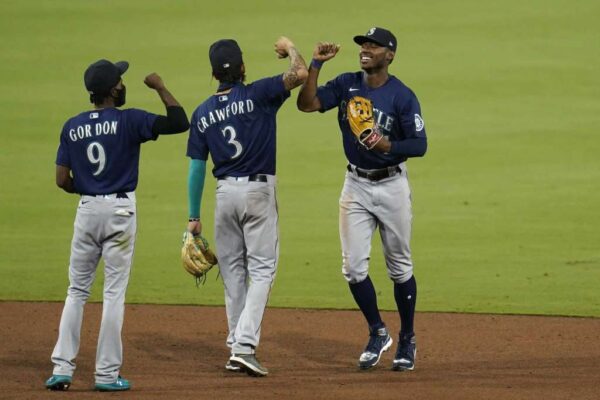 The Seattle Mariners announced Friday that T-Mobile will be a partner in a club program dedicated to promoting more diversity in baseball.

T-Mobile is donating $50,000 to the Mariners’ On BASE Hometown Nine program, which was unveiled this year “to help under served youth from communities of color continue to play baseball and softball and advance their education from eight grade through their senior year in high school,” according to a team press release.

“Through the On BASE Hometown Nine, the Mariners hope to advance the goal of increasing diversity in high school, collegiate and professional baseball and introduce youth from marginalized communities to positive career mentors,” said John Stanton, Seattle Mariners Chairman & Managing Partner, in a statement.

On BASE is a five-year commitment to nine incoming eighth graders in King, Pierce and Snohomish Counties. Through the program, participants will have their fees for baseball/softball training and equipment covered, and mentorship sessions with Mariners players and front office staffers.

During the summer, The Ms unveiled other efforts to support the fight for social justice. Among them are Community Impact Grants, where the team will invest $1 million over the next five years to organizations that promote racial equity through policy and initiatives. The Mariners also hope to hire at least two candidates from diverse backgrounds per year in several areas — communications, finance and legal among them — through their Diversity Fellowship program.