Seahawks, Sounders are Leaders in Sustainability

Seahawks, Sounders are Leaders in Sustainability 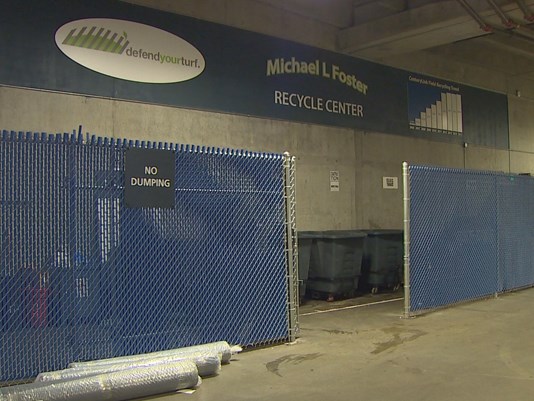 The Seattle Seahawks and Sounders have worked together with CenturyLink Field to become a leader in sustainability. About 97% of the waste generated at CenturyLink Field is diverted from the landfill. When they first looked at starting a program 10 years ago they realized they were only diverting about 4% of their waste, now that number has changed drastically.

“We then were one of the early adopters in the sports world at what we could do to change that ratio and about seven or eight years later we flipped that so now we are diverting about 97 percent of our waste in the last couple years from the landfill and only 4% percent of all the waste that is generated here at CenturyLink Field goes into a landfill,” CenturyLink Field General Manager David Young said. “We have one of the highest diversion rates in the NFL among any sports facility.”

Every single gameday there are about 100 staff members from CenturyLink who gather at the completion of any game and make their way through every part of the stadium separating items that are either compostable or recyclable.

“In our concession stands, all of our material that comes out of the concession stand, cups, trays, the hot dog boats, it’s all compostable, 100% compostable. What isn’t compostable is at least recyclable,” Young said. “Everything they’re consuming here and what they’re doing, is being taken care of in a responsible way, and it’s just the right thing to do. We talked about cost, and I’m sure there’s a cost associated with it, but when it comes down to it I think it’s just the right thing to do for both our fans, the community, and the environment.”