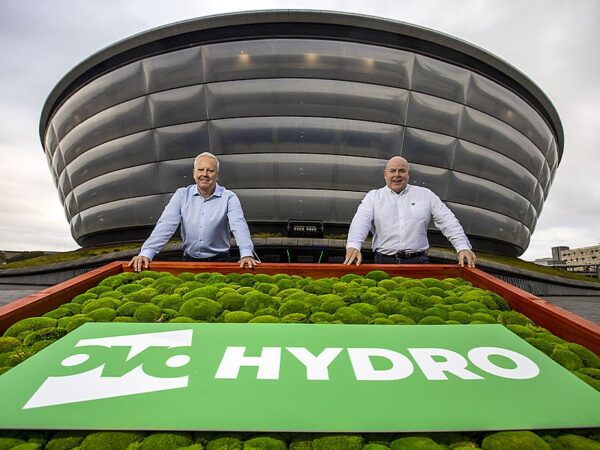 OVO Energy, which has secured the naming rights to the 14,000-capacity Hydro on the Clyde Waterfront in Scotland (UK constituent country), said they will be working with the venue to reduce its environmental impact.

The ‘Edinburgh News’ stated that the £125 million complex opened its doors in 2013 and quickly became the world’s second busiest concert venue in the world, after the 20,789-capacity Madison Square Garden in New York (US).

The 14,300-capacity OVO Hydro is a multipurpose indoor arena located within the Scottish Event Campus in Glasgow, Scotland, and is the largest entertainment venue in Scotland. The arena was initially named The Hydro after its main sponsor Scottish Hydro Electric.

However management at the venue are bidding to secure official “greener arena” certification from a global initiative aimed at helping events, festivals and venues become more sustainable and reduce their impact on the environment.

A Greener Festival has previously assessed more than 400 events around the world.

Early measure put in place at the Hydro include a paperless ticketing system for the venue’s post-COVID reopening, ensuring 80 percent of food on sale is grown in Scotland using sustainable and responsible processes and the planting of more than 170,000 trees over the last decade.

OVO Energy has taken over Scottish and Southern Electricity Networks (SSE’s) long-term commercial partnership with the Hydro, part of the wider Scottish Event Campus (SEC), in the wake of a £500 million deal last year to buy SSE’s retail arm.

The company, which is now the third biggest energy supplier in the United Kingdom, said it would be available to offer nearly five million customer “amazing benefits” for shows at the venue.

Noted Bill McFadyen, Director of Finance and Development at the SEC, “OVO are the perfect partner for SEC to help achieve our sustainable goals and objectives. We’re working hard to build on our existing, multilayered sustainability program and look forward to working with A Greener Festival towards achieving ‘Greener Arena Certification’ for the OVO Hydro. We’re grateful to OVO for their support towards this incredibly important consultation and certification process and look forward to working together to further strengthen our sustainability credentials, build upon the work we have already done and make Scotland’s flagship entertainment venue as low impact as possible.”

Remarked Colin Banks, Head of Sponsorship and Partnerships at OVO, “We want to develop purposeful partnerships which reflect our commitment to make zero carbon living a reality – not just in the home, but in the things we love doing too, like going to see our favourite band or comedian. That’s why we share in the OVO Hydro’s ambition to help live entertainment in becoming more sustainable. It’ll take time, but together, we want to make lower-impact live events a headline act in their own right and the ‘Greener Arena Certification’ process is an incredibly positive step in that journey.”

Added Banks, “We’ll also be supporting the venue in identifying practical ways in which we can help to further reduce its environmental impact, without detracting from the OVO Hydro’s first-class visitor experience.”