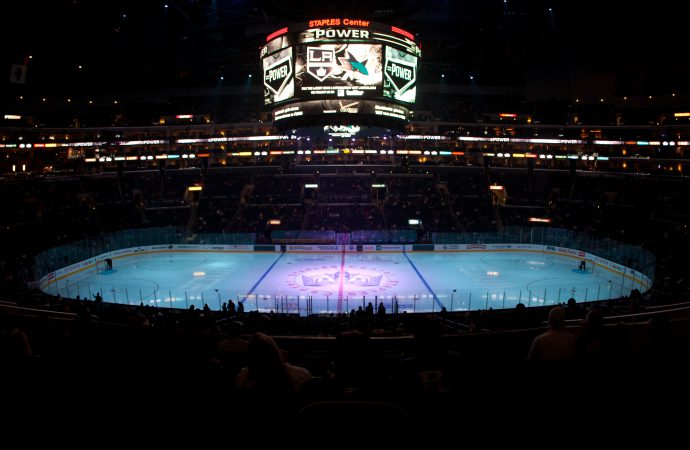 With more than 150 venues and 22,000 live events, reaching carbon neutrality by 2050 will be some achievement for AEG. John Marler talks about taking on the challenge

A climate leading sector. That’s the UNFCCC ambition for sport, as outlined in its recently-published Sports for Climate Action Framework. The framework, says UNFCCC, invites sports organisations and their stakeholders to join “a new climate action for sport movement” that will “set the trajectory and provide support” in carving out a role for the sector in the attainment of global climate change goals.

It’s grand. It’s ambitious. But is “climate leading sector” a status that sport can truly adopt?

“Let’s define climate leading first,” says John Marler, vice-president of energy and environment at AEG, the large sports venue operator. “If you’re talking about the actual footprint of sports and sports-related activity, I would say that’s the wrong place to focus the attention.”

Industries like aviation, agriculture and shipping, he says, need to “make very substantial changes” to materially reduce their carbon footprint. In comparison, sport’s scope one and scope two emissions are “almost negligible”.

Marler recalls hearing a keynote speech made by the sustainability manager for Dallas Fort Worth Airport a few years ago, in which he revealed the facility’s carbon footprint. Half jokingly, he ventures that the airport’s scope one and two emissions annually are “basically the same” as the whole of the sports industry.

“But I think where sport can really make a difference is in being the leaders in dialogue and raising awareness. It’s presenting climate change as an issue and saying this is what we need to do about it collectively and individually.”

AEG can certainly be credited for walking the talk in that regard. Last month the company – which owns or operates some of the most iconic sports venues and brands in the world, including the Staples Center in California and the O2 Arena in London – became the latest signatory to the UNFCCC’s Sports for Climate Action Framework.

And in April, on Earth Day, AEG announced that it had shifted its greenhouse gas reduction targets to meet recommendations made in the IPCC’s ‘Global Warming of 1.5°c’ – a report that detailed the grave consequences for the planet if we reach a level of 2°c global warming instead of 1.5°c.

To achieve this ‘science-based target’, AEG will have to slash its carbon emissions by 33% by 2020 (the previous target was 25%), by 45% before 2030, and aim to be carbon neutral by 2050. That’s a significant commitment for a company that owns or hosts more than 50 sports franchises, operates 150-plus venues, and hosts more than 22,000 live events annually.

“We’ve adopted the science-based approach since 2016, but once we saw the IPCC report we knew we’d be changing our targets,” Marler explains. “For us it was great to get a clear signal from the scientific community of what needs to be done.

“I honestly think that’s half the battle. If you just tell people where they need to go, I think they will get their somehow. People can work towards it. But if you have constant uncertainty, where people can’t understand what the impacts are to them, that’s when the challenges come. But after we got a clear signal, we did our own internal analysis and found that it wasn’t much more restrictive that the 2°c scenario.”

According to Marler, around three-quarters of AEG’s annual emissions come from “scope two emissions from the grid” (the production of heating and electricity) and scope one from natural gas, diesel fuels and other fuels.

It’s that 75% chunk that the company has focused its reduction strategy on, he adds.

“In the context of technology and economics, it’s also the area you can make the most improvements,” he says. “We’ve focused a lot on energy efficiency, on-site generation and demand reductions. Then, over time, we’ve been doing more with renewable energy purchasing, either through contracts or with renewable energy credits where it’s difficult to source renewable energy from suppliers directly.”

Only nine of AEG’s owned or operated facilities have on-site solar systems integrated – Staples Center, Microsoft Theatre, Up at the O2, RAC Arena, Tele2 Arena, Puerto Rico Convention Center, Eldorado Polo Club, ICC Sydney and Los Angeles Convention Center – but they generated 8,595 megawatt hours of electricity in 2018 – enough to power nearly 800 homes in the US for a year and 2.5% of AEG’s electric power use.

“You may ask why we don’t have solar panels or wind turbines at every site, but at the end of the day, on-site is the most expensive way to buy energy,” Marler tells The Sustainability Report.

“And there are a lot of practical considerations; firstly, there are probably no more than 20-25% of building where that’s even a physical possibility. If you want to have solar, you have to have a roof that’s in good quality condition to support the weight. But then it also has at the end of its life cycle because you don’t want to tear the roof off for the sole purpose of putting solar panels on.”

In 2018, Los Angeles Convention Center installed an on-site solar system that covers around 17% of its annual electric power usage and reduces the venue’s carbon footprint by more than 2,500 metric tonnes per year. It’s one of a number of good environmental practices adopted by AEG facilities in recent times.

The recently redeveloped Mercedes Platz in Berlin was “designed to run efficiently with low environmental impact” – LED lights were used wherever possible, new trees were planted across the site and a rainwater retention system was integrated. The ICON Outlet at the O2 connected to an off-site district heating network to reducing carbon emissions by 28%. And several venues eliminated single-use plastic straws.

This is where Marler’s central point about sport being a tool for facilitating change in other areas really hits home. While the venues under the AEG umbrella have a significant amount of autonomy – “we set the goals, but we don’t actually go to the venues to tell them this is the target they have to hit” – the company is seeing many employees respond and voluntarily adopt leadership positions with the aim of fulfilling environmental business goals.

On Earth Day last year, AEG set up the 1Earth Ambassadors Programme to engage its global network of employees. Thirty-two people signed up, making a number of commitments outside of their day-to-day roles: accomplish a sustainability project in their office space; engage in training or educational experience, and; publish something on sustainability.

“We found that people really knocked that out the park,” Marler says. “They have risen to the challenge and, more importantly, our whole employee base is now aware of the project and is starting to spread the message.”

AEG is now going through the process of sorting through applications for the second year of the ambassador programme. Marler explains that he’s “very pleased with the interest that we’ve gotten”, and that the ambassadors are coming from a number of different job roles throughout the business, including people working in commercial roles – another area he says sport can have an influence.

To demonstrate, he discusses a partnership  between LA Kings, the NHL franchise owned by AEG, and Coca-Cola to produce a number of branded recycling bins to engage fans.

“We’ve seen brands and clients turn up the volume on sustainability and, to me, the sky’s the limit,” he adds. “We did a campaign to encourage our guests to be a little more diligent about recycling their plastic – we were able to boost our recovery rates and use the additional funds to purchase water restoration credits, Coca-Cola got its brand out there and got good take up with customers, and the ticket buyers were helping to restore wetlands in Northern California. So, you know, it was a triple win.”