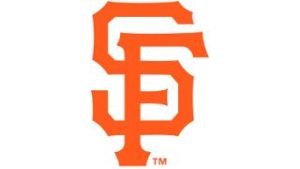 Major League Baseball has named the San Francisco Giants as recipient of the 2018 Green Glove Award, which recognizes the MLB Club with the highest waste diversion rate, after diverting 94 percent of all waste at AT&T Park from local landfills. The Giants, who collected nine consecutive awards between 2008 and 2016, secured its 10th Green Glove Award in 11 seasons.

The Giants continue to set industry records with their waste diversion numbers year after year. Despite losing the Green Glove Award to the Seattle Mariners in 2017, the Club still diverted 93 percent of their waste from going to landfills that year through an aggressive recycling and composting program. Since winning their second Green Glove award in 2009 with a 57 percent diversion rate, the Giants have seen their efforts increase by 37 percent to land at this year’s impressive number. The Club has continuously been recognized for its commitment to recycling, including winning the Waste Reduction Awards Program (WRAP) Award, administered by the California Department of Resources Recycling and Recovery (Cal Recycle) for outstanding waste reduction efforts. Also in 2012, the Giants won the Governor’s Environmental and Economic Leadership Award (GEELA), California’s highest environmental honor.

In efforts to become an even more sustainable organization, the Giants made adjustments to infrastructure at AT&T Park to ensure an overall eco-friendly environment. Prior to the 2017 season, the Giants completely retrofitted the field lighting at AT&T Park replacing all current lighting fixtures with LED lights. By upgrading the 556 main fixtures with LED lights, the current per fixture wattage was reduced by more than 50 percent – from 2250 kilowatts to 960 kilowatts per fixture. The change saved an estimated 3,586 kilowatt hours per game or 290,466 kilowatt hours for the regular season. The Giants also increased their field water efficiency by installing a new underground sprinkler system, which allows the field manager to address any microclimates on the field without overwatering, creating a more consistent playing surface.

“We are proud to present the San Francisco Giants with their 10th Green Glove Award,” said Paul Hanlon, Senior Director of Ballpark Operations & Sustainability, Major League Baseball. “The Giants have become leaders in sustainability with their robust programs and initiatives, including their commitment to recycling and the conservation of water and electricity – which have proven to be incredibly effective. We will continue to encourage and support our 30 Clubs as they pursue a sustainable environment in their ballparks and throughout their respective communities.”