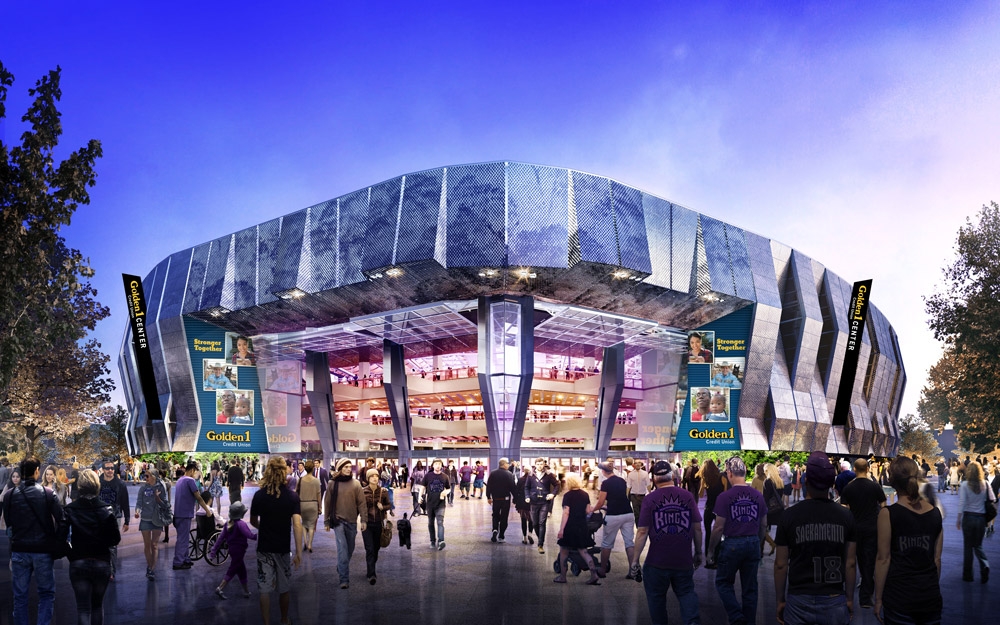 Construction continues as the Sacramento Kings’ new arena, the Golden 1 Center, looks to open in October, just in time for the 2016-2017 NBA season. According to the arena’s website, the project has encompassed four city blocks including the arena and the downtown commons area. Along with the arena, there will be 1.5 million square feet of additional development that includes office space, retail space, hotels, and residential units. There will also be a new state-of-the-art sports medicine facility, with the Kings teaming up with Kaiser Permanente.

The project has been innovative for several reasons: technology and sustainability. The Kings’ owner is tech mogul Vivek Ranadivé, so it’s no wonder that the Golden 1 Center will have as many bells and whistles as possible. In a report released in January, the Kings laid out their plans which included partnering with Comcast Business, Commscope, and Valley Communications to build more than 900 miles of fiber and copper cabling to enhance all communications and deliver data extremely fast with the Internet connection estimated to be 17,000 times faster than if you were at home.

Sustainability has been another aspect of this project with the new Golden 1 Center looking to earn a LEED-Gold certification, which is a rating system that measures the design, construction, and operation of high performance green buildings. The Golden 1 Center will be carbon and grid neutral and will be utilizing regionally sourced materials and only FSC-Certifed wood, an international standard of quality and responsible forest management.

Click here to register for the 2017 Green Sports Alliance Summit at the Golden 1 Center in Sacramento!