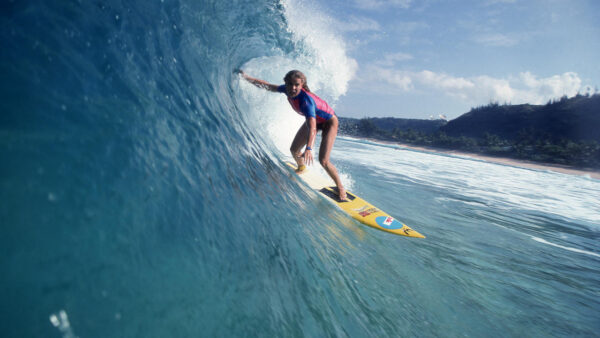 South African by birth, Australian by choice, Wendy Botha made her mark on the Championship Tour with unmatched confidence in the water and four world titles, including the first and only women’s crown for South Africa in 1988, followed by the first for Australia after she gained citizenship in 1989. – WSL / ERIK AEDER

When CT stalwart Johanne Defay and seven-time World Champion Stephanie Gilmore paddle out for the historic first Match of the Rip Curl WSL Finals at Lowers, the World Surf League will further extend its commitment to equality and set a new standard for professional surfing.

For the first time, an equal number of women and men will compete for Championship Tour World Titles on the same day, on the same stage, for the same prize money. This is a milestone among global sports leagues, and is the second phase of the WSL’s long-term plan to create total equality, establishing itself as a leader in providing equal opportunity for women in sports.

But this progress has not come easily or quickly. For more than four decades professional surfing was shaped by a patriarchal culture that established a separate and unequal system for women, characterized by different events, smaller wave locations and fractional prize money.

Through the ’70s, ’80s and into the ’90s a small band of fearless women, including Margo Oberg, Kim Mearig, Freida Zamba and Wendy Botha, charged the lineups both in and out of competition, attempting to earn the respect and recognition their surfing deserved.

In the mid and late ’90s, when Lisa Andersen — winner of four consecutive World Titles — and her progressive style broke performance barriers, earning her a rare Surfer Magazine cover shot and the headline “Lisa Andersen Surfs Better Than You,” and fueling the explosive growth of ROXY, the endemic brands only offered anemic support of female surfers and their events.

With the optimism of a new century dawning, Layne Beachley carried the banner of high-performance women’s surfing to new heights, charging and winning in the biggest waves. Her grit and tenacity lead to a precedent-setting seven World Titles, and the first wildcard spot at a men’s event. 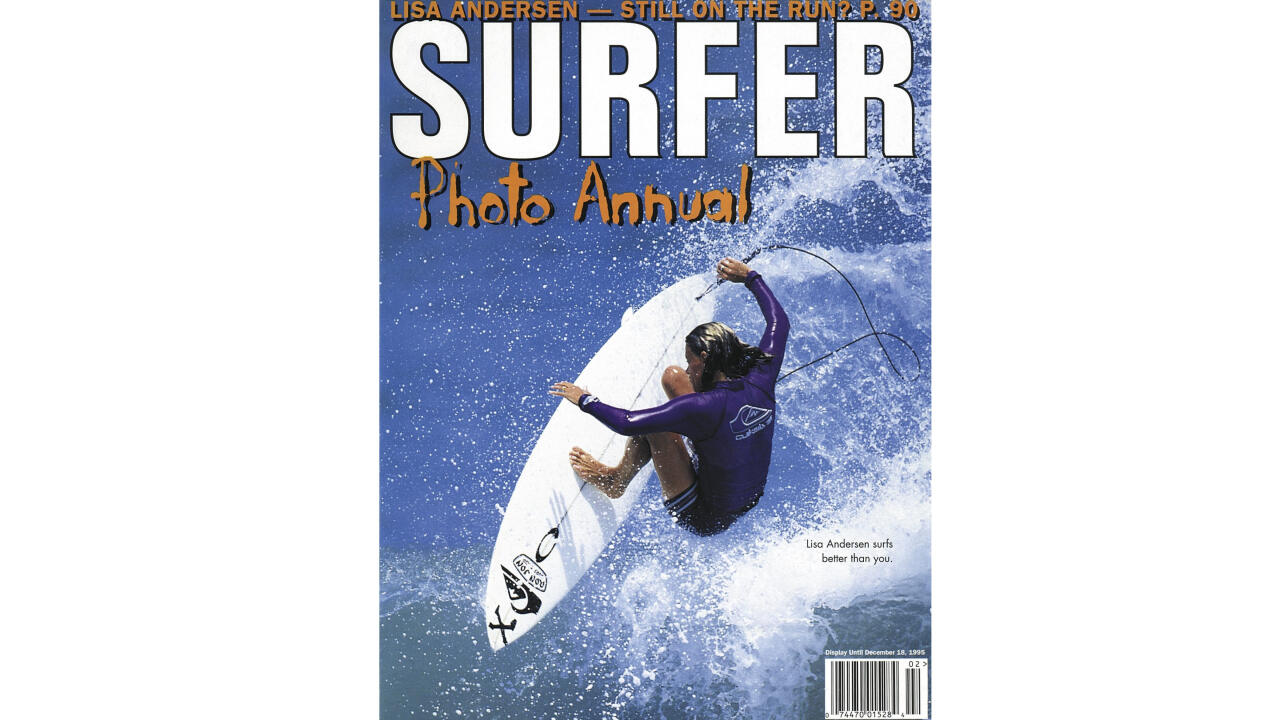 By 2002, women’s surfing (specifically competitive surfing) hit the global awareness jackpot with the breakout commercial success of the film Blue Crush, inspiring a wave of young girls and tweens to paddle out at beaches around the world.

This swelling interest drove widespread growth and profitability in the surf industry, and while the top men in the sport were commanding million-dollar annual salaries the women’s tour was virtually defunded by 2006. That year the brands agreed to support the tour’s operation only, and refused to fund any form of media coverage.

This was a dark period for women’s professional surfing as it also featured the end of the tour’s seven-year “experiment” of putting the pro women in heavier waves. After the 2006 event at Teahupo’o, with little warning and no consultation with the pro women, the ASP abruptly canceled the 2007 event, using the rationale that the heaving barrels in Tahiti were “too dangerous for women.” 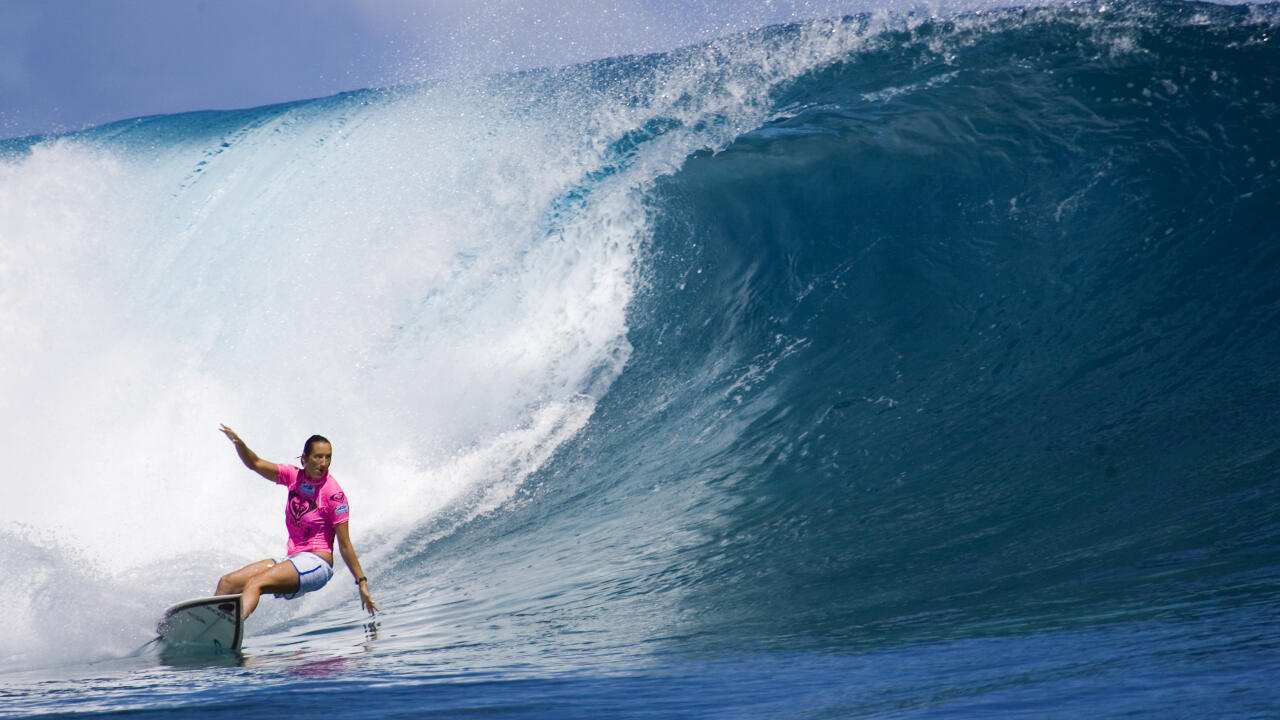 Layne Beachley dominated the early 2000’s with consistency, power and style. She demonstrated this in spades with a second-place finish at the 2006 Roxy Fiji Pro, on the way to her record-setting seventh World Championship. – WSL / KAREN WILSON

At the time of the cancellation, 2006 Women’s title contender and winner of that year’s Tahiti contest, Melanie Redman-Carr told the Sydney Morning Herald “It’s a pretty sexist decision … if the men can go there, why can’t we? We’ve been getting more respect because we’ve been surfing there.” Concluding, “They seem to think it’s too heavy and dangerous for us. We want to show that’s wrong, and we’ve been doing it. To lose Teahupo’o – it’s just pointless.”

For more than a decade, the structure and stakes of women’s surfing remained largely unchanged, despite an abundance of new talent in World Champions Stephanie Gilmore, Carissa Moore and Tyler Wright, who picked up where Beachley left off. They and a new breed of athletic surfers persevered and continued to push the envelope, redefining women’s surfing with more power, bigger airs and deeper barrels.

Then in 2012, new ownership took over the Tour, and imbued the re-branded World Surf League with a new set of values, grounded in long-overdue equality for the women. The first material sign of the sea-change came in the wake of a management shakeup, when in September 2018 the WSL announced that from the 2019 season forward, it would distribute equal prize money to the women at all WSL owned and operated events. “Our ownership group and management are committed to advancing equality for women in surfing as part of a larger agenda to create greater access and enjoyment of surfing for everyone,” says Erik Logan, CEO of the World Surf League. “Our equalization of prize money in 2019 was just the beginning of our long-term plan to expand the diversity and inclusiveness of the sport.”

A year later, at the 2019 Lululemon Maui Pro, Carissa Moore was crowned surfing’s first world champion with a prize purse equal to the men’s.

“I am very grateful to have won my fourth World Title in 2019,” says Moore. “WSL really elevated our sport by equalizing prize money and giving the women the opportunity to perform on an amazing platform all season long.” Stephanie Gilmore developed a signature style on the way to her seven World Titles that is the envy of competitive surfers everywhere. – WSL / KELLY CESTARI

With the world and the Championship Tour turned upside down by the global pandemic of Covid-19 in 2020, the WSL quietly worked on the next phase of its drive toward total equality. For the 2021 season, it established that for the first time there would be an equal number of Championship Tour events for men and women (a new benchmark for the women), and the creation of a new “Final 5” format to crown the undisputed World Champions.

Last December, the 2021 Championship Tour kicked-off in Hawaii, and the path to a new era of equality was cleared, albeit with a minor detour at the women’s season opener at Honolua Bay. Following a tragic shark fatality at the Maui venue that forced the suspension of the women’s competition, WSL leadership quickly mobilized to provide a solution for completing the event.

Through collaboration with the Hawaiian government and consultation with the pro women, it was determined that the contest could finish alongside the men on Oahu’s north shore, at the legendary Pipeline. Ultimately, Tyler Wright’s victory over Carissa Moore in a dynamic barreling Final set up the next big move. 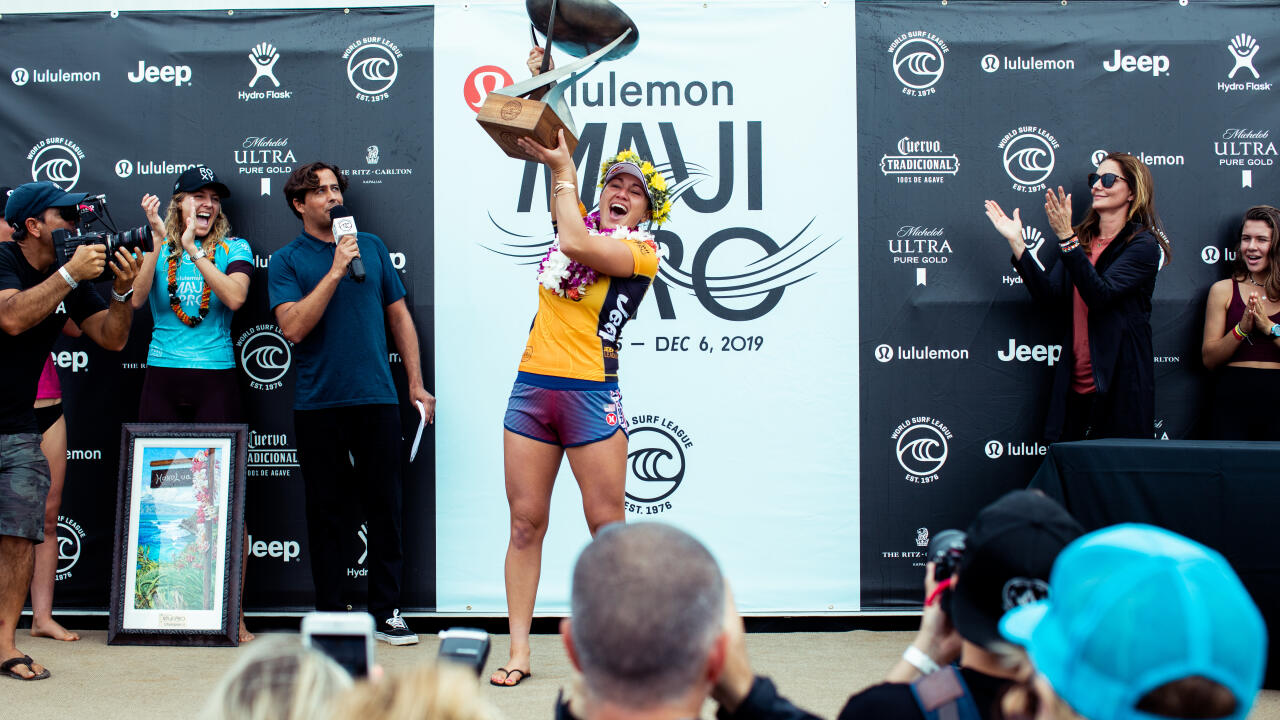 Carissa Moore confirmed her 4th World Championship during the 2019 Lululemon Maui Pro, and celebrated the conclusion of the landmark first season in which women received the same prize money as the men. – WSL / CAIT MIERS

On August 4th, the WSL announced that the 19 events comprising the 2022 Championship Tour and Challenger Series will not only continue to feature an equal number of events and prize money for both men and women, but will also take place at all the same venues in the same windows, including a return to Teahupo’o after 15 years and a first-ever complete event at Pipeline.

“We believe the new structure for our tours is a massive upgrade for fans, partners and athletes,” said Jessi Miley-Dyer, SVP of Tours and Head of Competition. “It’s awesome that the 2022 seasons of both the Championship Tour and Challenger Series will continue to drive equality for women. We’ve been really deliberate in working with our stakeholders to build calendars that showcase the world’s best surfing, have great venues and create the most equitable platform possible for all our surfers.”

Now, with just days to go before the Rip Curl WSL Finals at Lowers, the mounting drama of the new, single-day world title format sets the unprecedented stage for an equal number of women and men to compete on the same day, on the same wave, in the same conditions for the same reward: the World Championship Title. Tyler Wright tucked in for the win at The 2021 Maui Pro presented by Roxy, which was completed at Pipeline (above). – WSL / KEOKI SAGUIBO

“I am really excited to be a part of this new format and have the opportunity to compete with the men on the same day for a World Title,” shares Moore. “It has never been done like this before and it should be an exciting day of competition. There are a lot of emotions involved and it is a high pressure situation but I am ready to give it my all.”

The WSL’s work, however, is far from done. It remains committed to its values and continues its effort to progress through evolution, whether it is equality, diversity or inclusion.