Reebok: New Kicks Created from ‘Things that Grow,’ Will Return to Soil to Grow More Shoes

Reebok: New Kicks Created from ‘Things that Grow,’ Will Return to Soil to Grow More Shoes 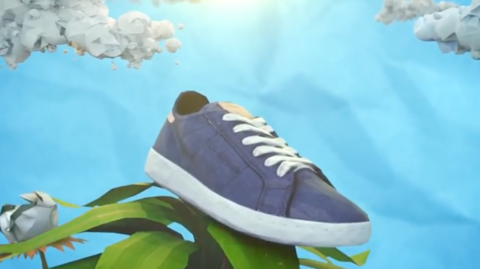 Reebok will bring plant-based footwear to the market later this year in an initiative that the company says will create shoes that are “made from things that grow.” The first release will be a shoe that has an upper comprised of organic cotton and a base originating from industrial grown corn (a non-food source). While the company doesn’t expect the line to be a significant sales driver initially, the goal is to expand the range over time. “This is really just the beginning,” Bill McInnis, head of Reebok Future, told Environmental Leader.

The initiative, Cotton + Corn, focuses on all three phases of the product lifecycle. In the development phase, the company is using materials that grow and can be replenished, rather than the petroleum-based materials commonly used today. When the product hits the market, the company says it has ensured consumers won’t have to sacrifice on how sneakers look and perform. Finally, the shoes are focused on plant-based materials and are compostable at the end of the lifecycle. Ultimately, that compost will be used as part of the soil to grow the materials for the next range of shoes, the company says.

McInnis says the shoes are a bit more expensive to create, as the company is using new materials that it has not used previously. The Reebok Future team that McInnis heads is an “innovation team” entirely focused on process: “how we make things, where we make them, and who we make them with,” he says. “One of the focus areas for our team is making more sustainable products and minimizing our environmental impact.”