Question Of The Week: What Sustainability Means Today

Question Of The Week: What Sustainability Means Today 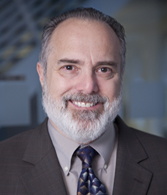 In the 1700s, sustainability meant “sustained yield” and referred to harvesting just enough trees so that the forest could naturally regenerate tree growth. What does the term mean for your facilities in 2018?

It’s interesting how the meanings of some words in the English language have evolved.

For instance, in the 1600s, the word “cheater” referred to someone appointed by the Crown to take title to land and other property for which there were no heirs. But, many cheaters were dishonest. The mistrust of cheaters is the main reason the word today refers to someone that self-servingly does not play fair.

In the 1300s, the word “naughty” referred to people that had “naught,” or nothing. Today it applies to people who behave badly or are mischievous. And one more. Even the word “sly” has evolved. In the 13th century, to say someone was sly was to mean they were bright, skillful, clever, even fun. Today a sly person usually refers to someone that may be clever… but in a deceitful way.

And so has the word sustainability evolved over the years.

In the 1700s, it meant “sustained yield” and referred to a practice of harvesting just enough trees each year so that the forest could naturally regenerate tree growth. Soon, this same concept applied to animals, fish, plants, and other items used for food: take just enough, making sure to leave enough so it can naturally be replenished.

This essentially how the UN’s Brundtland Commission defined the word sustainability back in 1987 when they said sustainability referred to “meeting the needs of the present [generation] without compromising the ability of future generations to meet their own needs.”

In 2005, the World Summit on Social Development, expanded the concept of sustainability. Now it had three parts or pillars: protecting the planet; treating workers fairly and giving back to communities; and ensuring profits are made using fair business practices.