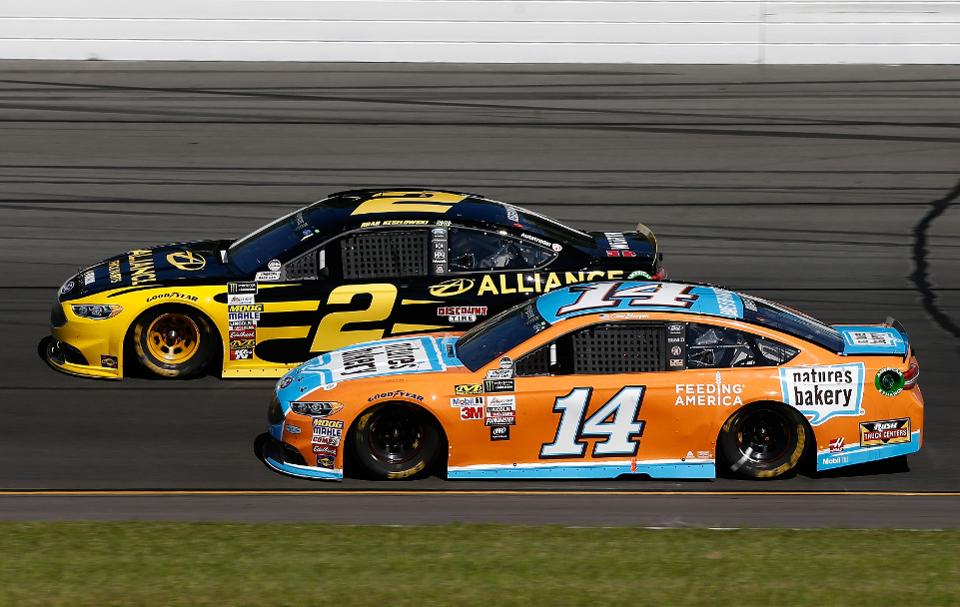 It hasn’t taken long for sports organizations and athletes to set and meet ambitious goals to go green. Members of the Green Sports Alliance, which boasts some 500 professional and collegiate leagues, teams, venues, vendors, and athletes, takes the stance that if it’s good for the environment and good for the community, it’s going to be good for business. Among those nearly 500 organizations, here are a few examples:

NASCAR’s Pocono Raceway: “If it can be done, it will be done.”

Few Americans would make a ready link between environmental sustainability and auto racing, but NASCAR is serious about it. Consider Pocono’s “Tricky Triangle.” It’s the first major American venue to run entirely on solar — the solar farm that powers it sits next to the track. The solar farm has already produced over 24 million kilowatt-hours (kWh) and is expected to generate over 72 million kWh during its first 20 years of operation. To date, Pocono Raceway’s solar farm has offset over 16,800 metric tons of carbon dioxide, equivalent to the annual greenhouse gas emissions from nearly 3,600 passenger vehicles. Biofuel powers the racecar engines that are lubricated with recycled oils and fluids. And Nascar’s green commitment doesn’t stop on the track.

Raceways like Pocono face a recycling problem unique to the sport: what to do with all those tires; just a single race can go through 600. But these disposables are reborn to new life in ways you’ve come across without even knowing it: the portable speed bump you drive over, the anti-fatigue mat you stand on while you cook, the friendly playground surface where your kids play without scrapes all come from ‘crumb rubber,’ the recycled residue from used tires. Even the paint on your automobile may include material that once competed for the checkered flag.

Keeping cool at the Golden 1 Center is a breeze.

Before even starting conceptual drawings for their 17,500-seat sports venue, the Sacramento Kings surveyed Sacramento residents to find out what they wanted in an arena. This fully solar-powered, LEED-Platinum gem in the heart of California’s Central Valley is the result. Golden 1 Center also seats 19,000 music fans for a full array of concerts. Among its many innovations, and one of its most distinctive features are the 50-foot-high glass hangar doors. They open to take advantage of Sacramento’s delta breeze, creating natural cooling in a city where outdoor temperatures can top 100 degrees. Dedicated vents pipe in cool air directly under arena seating. Energy use in the Golden 1 Center is reduced by 30% over California Title 24 code, so that there are 2,000 fewer tons of annual carbon emissions, and a 45% reduction in water use is also well above California code.

The fertile farmland of the Central Valley supports Golden 1 Center’s 10-point Farm-to-Court philosophy regarding food service. A full 90% of their ingredients come from within a 150 mile radius. What isn’t served to fans and guests goes to the Sacramento Food Bank; any food waste gets processed into fertilizer that nourishes the soil at local farms.

Andrew Ference: from hockey to the VC arena

Recognized with the Green Sports Alliance’s Environmental Leadership Award, the highest in sports sustainability, NHL defenseman Andrew Ference played 16 seasons with the Pittsburgh Penguins, Calgary Flames, the Stanley Cup champion Boston Bruins, and the Edmonton Oilers. Now retired from the sport at 37, his next career sits squarely in the world of business. With a certificate in Corporate Sustainability and Innovation from Harvard’s extension school, he’s entered the world of high risk, high reward venture capital — in particular, by involvement with clean tech startups.

Ference’s commitment to the environment is long-standing. Over 10 years ago, he was instrumental in starting NHL Green, now a league-wide sustainability initiative. Today, he’s using that same relationship-building approach he used then to get other environmentally-savvy athletes on board for a new speakers’ bureau focused on spreading the word on sustainability.

The New York Yankees and PlanLED: lighting the way in schools

After the success of the lighting conversion to LED at Seattle’s Safeco Field, the New York Yankees partnered with Seattle-based PlanLED to do a retrofit of their own beloved stadium. The work on the stadium is complete, and the work in the community is in its early innings.

They’ve teamed up with Mariano Rivera and SHINE HOPE, which takes profits from commercial retrofits and uses the money to fund upgrades to LED systems in local schools. Since its inception, hundreds of schools have received free state-of-the-art LED lights that offer truer, more natural light. These lights are environmentally friendly, much less expensive to power, and they are linked to health and increased learning. This past year, projects in two classrooms alone saved over 17,000 kWh.

Aramark: Stepping up to the plate – the dinner plate.

Some of the biggest impacts in the world of sports and sustainability aren’t on the field, but are found in related fan services, particularly in regard to food and drink. Hospitality companies such as the $15 billion food services giant Aramark, which serves 100 million sports fans each year, understand this.

Ingredient sourcing, appropriate waste disposal, and cleanup are just as essential to their mission as working with top chefs to develop menus that are fresh, locally sourced, and sustainably harvested to meet the needs of more discerning palates. They’ve already met their commitment to use only cage-free shell eggs in the US by 2015. They are on track with other protein goals: sustainable seafood by 2018, and group-housed pork by 2022. As part of their contracts with Aramark, concessionaires they work with at individual sports venues have switched to compostable service ware instead of plastics.

Green appears to be the newest trend in sports!