Previewing “The Last Game”: Using Hockey to Show the Impacts of Climate Change on the Arctic

Previewing “The Last Game”: Using Hockey to Show the Impacts of Climate Change on the Arctic 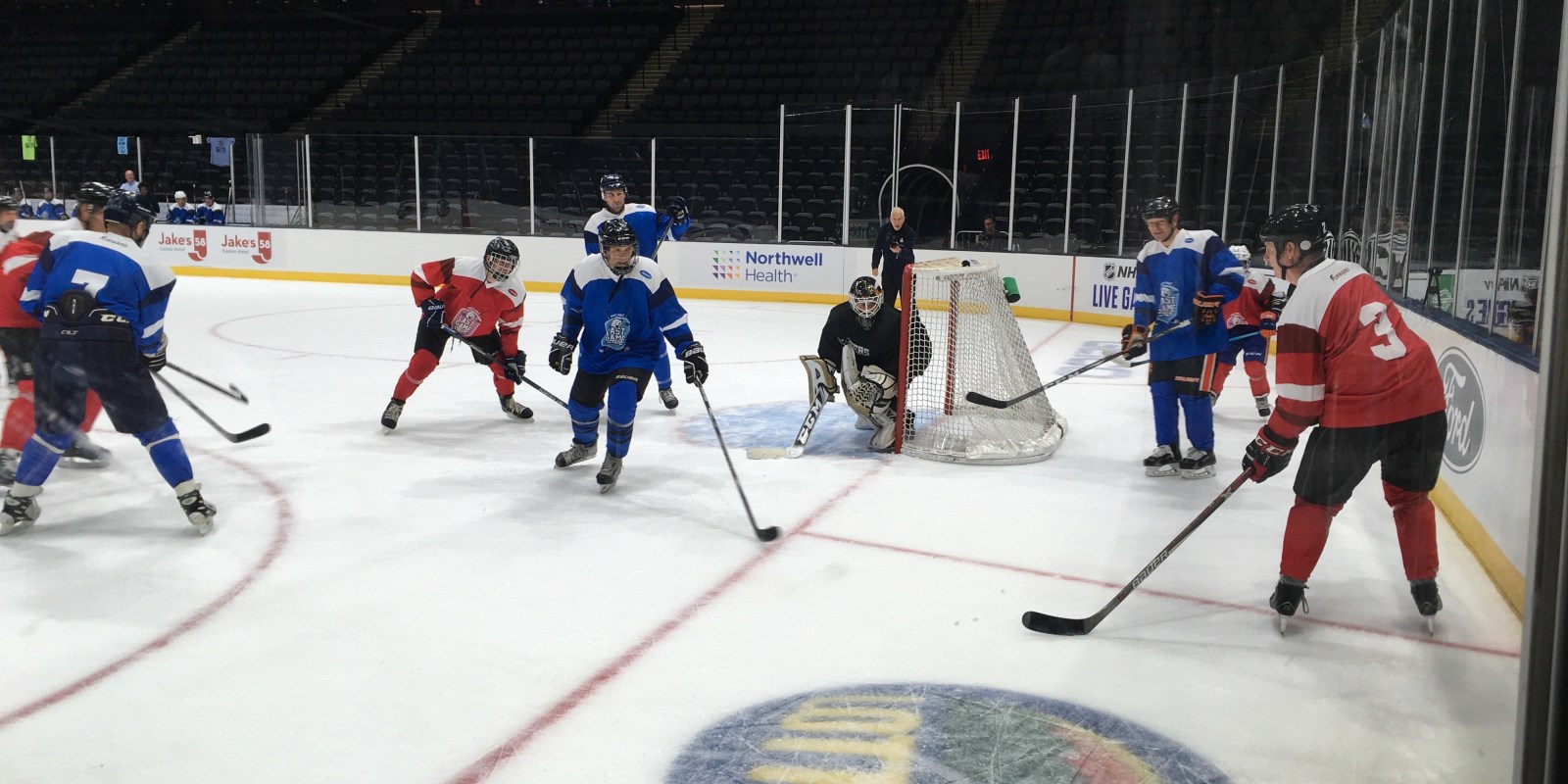 The Last Game will be unlike any hockey game ever played.

A group made up mostly of retired NHL players will trek to the North Pole next April to play a game of pond hockey, the first time the sport will be played at the top of the earth. Produced by UN Environment, The Last Game will look to draw attention to the devastating effects climate change is having on the Arctic.

Sergey Rybakov, the Head of the Steering Committee for The Last Game, is working with legendary Hockey Hall of Famer and UNESCO Goodwill Ambassador Slava Fetisov to promote the event and its mission at hockey venues around the world.

GreenSportsBlog caught up with Rybakov Tuesday at the Nassau Coliseum, home of the NHL’s New York Islanders, at a charity match to promote The Last Game.

Two teams made up of retired NHL players — led by Hockey Hall of Famers Slava Fetisov and Mike Richter — as well as New York City firefighters and others, played to a 4-4 draw in a friendly exhibition match at the Nassau Coliseum on Tuesday.

The goal — aside from scoring goals — was to build awareness of, and interest in next April’s The Last Game, a similar type of match with two key exceptions. It will be:

The Last Game aims to raise awareness of the catastrophic effects climate change is having on the Arctic right now, especially the dramatic loss of Arctic sea ice.

The Arctic is warming at almost twice the global average. According to the World Wildlife Fund (WWF), “Without urgent action to cut greenhouse gas emissions, the world will continue to feel the effects of a warming Arctic: rising sea levels, changes in climate and precipitation patterns, increasing severe weather events, and loss of fish stocks, birds and marine mammals.”

FETISOV: WE HAVE TO WIN THE CLIMATE CHANGE GAME

With that calamitous backdrop, Slava Fetisov wore his red LAST GAME uniform as he stepped to the Nassau Coliseum microphone at center ice before the puck was dropped. The legendary defenseman¹ who, since his playing days ended has become a climate change activist, told the crowd, made up mostly of youth hockey players from Long Island, that “climate change is a battle that we have to win.”

Slava Fetisov (r) before the playing of The Last Game at the Nassau Coliseum on Tuesday (Photo credit: GreenSportsBlog)

Chris Princiotta, a retired fireman with the New York City Fire Department (FDNY), then shared how seeing the house he owned with his brother destroyed by super storm Sandy in 2012 made him change his thinking. “I saw up close that climate change is real and we have to make changes,” Princiotta remarked. “The Last Game can help show many more people that this is clearly the case.”

Meanwhile, Sergey Rybakov held court just off the Coliseum ice, often moving from conversation to conversation as rapidly as the players on the ice.

The Moscow-born Rybakov is head of the Last Game Steering Committee and the driving force behind the event on behalf of UN Environment. He plays multiple roles in the hope of maximizing The Last Game’s impact: climate change fighting evangelist, event promoter, and talent procurer. I’m sure I’ve left some out.

Right now, his focus is on bringing The Last Game to as many rinks and to as many audiences as possible in the run up to the North Pole match next April.

His vision is certainly not limited to places synonymous with hockey or cold weather.

“So far we’ve been to five countries as we work towards our goal to change the world through hockey,” Rybakov said. “In addition to the US — today’s game is our first in the States — we’ve also been to Finland, where the President joined us. The Last Game also visited Israel, where we played a match in the Golan Heights near the border with Syria with hundreds of kids in the audience. The United Arab Emirates, where we worked together with Special Olympics, also supported us. And we went to Kenya.”

Turns out there is one ice skating rink in Nairobi, Kenya — the only ice rink in East Africa — and The Last Game went there.

According to Rybakov, The Last Game is scheduled to make stops in Argentina, Azerbaijan, Monaco, Russia and Singapore, with other countries joining the queue. “Fetisov and Richter won’t be going to every country,” Rybakov noted. “But other players from The Last Game family will. We will educate them about climate change and how to communicate about it to kids and they will share The Last Game story.”

Laura Paterson, meteorologist for the UN’s World Meteorological Organization, was at the Nassau Coliseum event. She has personal reasons for supporting The Last Game.

“I’m from Scotland but have family in Finland,” Paterson said. “They report that the pond hockey season used to last three to four months. Now they are lucky to get one month. The Last Game is great because it shows a different side of the climate crisis. People don’t associate sports with climate change. Now hockey fans will see how the sport is being negatively impacted and will make that connection.”