Hosford Middle School in southeast Portland, OR will soon be receiving solar panels and on-site environmental beautification as an award recipient of MLS WORKS and Continental Tire “How Green Are Your Goals?” contest. The campaign, which encouraged fan support and participation for environmental sustainability projects, saw Portland selected as the greenest MLS city as fans detailed the everyday work going on around the city. 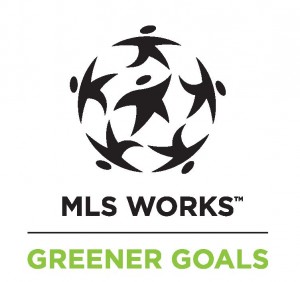 Among those submissions, Hosford Middle School won the contest thanks to their wide-ranging plan for campus sustainability improvements. The school will welcome representatives from Major League Soccer, the Portland Timbers, Portland Public Schools and Continental Tire on today at 2:30 pm for an Earth Day celebration that will highlight the improvements being made at the school thanks to the award.

The school, which in addition to the MLS WORKS award has also collected $10,000 in community donations, will install a BEF solar panel installation as part of the project along with tree-planting and other sustainable landscaping around the campus. The efforts will improve energy use and stormwater runoff at the campus along with providing incentives for those who commute to school by bicycle.

We are happy to announce that Major League Soccer (MLS) has joined as a proud member of the Green Sports Alliance just in time for Earth Day 2013.