Planning for Environmental and Social Responsibility

Planning for Environmental and Social Responsibility 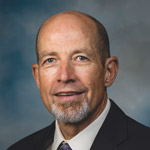 When Athletic Business published its first issue in February 1977, I was a grad student in recreation administration at California State University, Long Beach. After an unremarkable stint as an undergrad at UCLA (notwithstanding the success of the men’s basketball team), and a few years just kicking around, I had decided to pursue my passion — sports — to see where it would take me. Forty years later, as I reflect upon a lifetime working in sports, one thing is clear: I made the right choice, and not just because of all the fun I’ve had.

Little did I suspect as I prepared for a career in recreational sports how much that field would change over the years. Who could have predicted how ubiquitous sports participation and the business of sports would become? Indeed, by any measure, sport has become a barometer of our cultural values and norms — both good and bad.

According to a recent report from Running USA, there were nearly 17 million finishers in U.S. road races in 2016, compared to five million finishers in 1990. And 57 percent of 2016 finishers were women! That’s quite a story of growth and inclusivity — but what about all those finishers’ medals and T-shirts? Are they truly a metaphor of accomplishment, or are they merely symbolic of our society’s preoccupation with the acquisition of consumer goods?

I’ve spent the past 10 years trying to connect the dots between sports and environmental and social responsibility. While I fondly recall pitching empty wine bottles into the recycling dumpster at Cal State, it took Al Gore’s An Inconvenient Truth to awaken me to the challenge of turning individual action(s) into productive cultural norms. After all, recycling and reducing one’s carbon footprint are laudable lifestyle choices, but the net impact only becomes significant when those activities become mass-participation events.

In 2007, I was asked to lead a “Greening Your Running Event” workshop. One thing led to another — initially I established a consultancy to help road races become more ecofriendly; ultimately I became executive director of the Council for Responsible Sport, a nonprofit certification body that promotes the vision of a world in which responsibly produced sporting events are the norm.

How can we — those of us in the business of building, programming and operating athletic, fitness and recreation facilities and events — engage our stakeholders more fully in the pursuit of environmental friendliness and social responsibility?