Pitching the Connection Between Racial Justice and the Environment

Pitching the Connection Between Racial Justice and the Environment 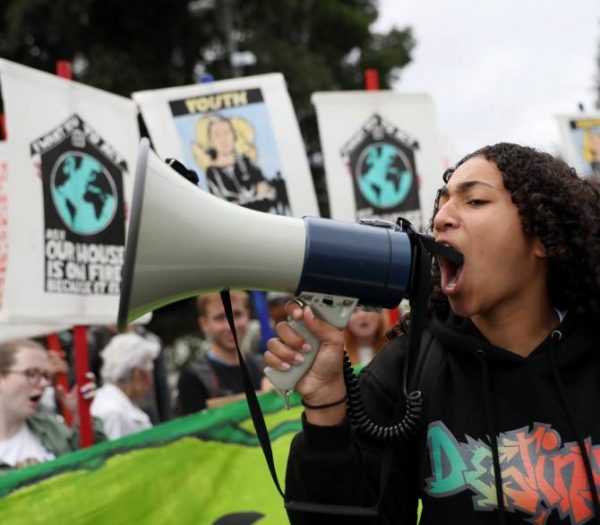 Milwaukee Brewers Devin Williams and Brent Suter are pushing for environmental justice for communities of color across the country. This makes them stars on and off the baseball field.

We’re excited about the chance to bring a World Series title to the Milwaukee Brewers for the first time in franchise history.

But we have another important goal this year – helping to push for environmental justice for communities of color across the country. As professional athletes, we intend to use our platform to champion those efforts.

We come to this from different backgrounds. One of us is a white, veteran pitcher who grew up playing in the woods near his grandfather’s lake in Kentucky, and became an environmental advocate after seeing “An Inconvenient Truth” in 2006. The other is a second-year Black pitcher from north St. Louis County, home to a radioactive landfill, who suffered from sports-related asthma as a kid, and recently became active on the environment.

It’s clear to both of us that minority communities have too often been subjected to environmental hazards, such as landfills and power plants. A 2017 study by the Clean Air Task Force found that more than a million Black Americans live within a half-mile of existing natural gas facilities – and as a result, face elevated cancer risks due to air toxics emissions.

This year, a research article by scientists from five universities found that people of color in the U.S. are disproportionately affected by soot and other deadly pollutants from sources including industry, light-duty gasoline vehicles, heavy-duty diesel vehicles and construction.

Making environmental justice a centerpiece of federal policy is long overdue, and we are heartened to see the Biden administration take steps to do that, through executive orders on climate change and other actions.

Last year, we were proud to lead on both the environment and racial justice. We’re both involved in a new campaign called Sidelining Carbon, which aims to offset 50 percent of the carbon footprint associated with professional sports team travel by 2025.

Of course, nationally, 2020 was an awakening of the dangers that Black people face on a daily basis. Last August, our team decided to boycott a game in the wake of the police shooting of Jacob Blake in Kenosha, Wisconsin, just 44 miles from our Milwaukee ballpark. We felt it was more important to draw attention to systemic racism in society than take the field that night. Our opponents, the Cincinnati Reds, agreed to skip the game, and players from our two teams issued a joint statement on why we made that decision.

The way we see it, the environment and racial justice are interconnected. Black, Latino and Native American neighborhoods disproportionately suffer from poor air quality because of impacts from landfills, factories and mines. We hope that the federal government will build on some important progress to rectify that this year.

For example, President Biden has established a White House Environmental Justice Interagency Council and set a goal of having 40 percent of the overall sustainability benefits targeted to disadvantaged communities. This will hopefully lead to a better quality of life for everyone, people of color included. We all breathe the same air and drink the same water – at least we should be doing that.

In her inaugural poem, Amanda Gorman eloquently laid out our generation’s responsibilities – and while she was speaking in general terms, these words capture our commitment to a better environment:

We will not be turned around

or interrupted by intimidation

because we know our inaction and inertia

will be the inheritance of the next generation

Our blunders become their burdens.

Siting hazardous sites in minority communities is just one form of environmental racism. Looking back through our history, we can see ugly, earlier versions, such as white settlers hunting buffalo to near extinction. One motivation was to starve Native people into submission. As one Army colonel told a rich hunter, “Kill every buffalo you can! Every buffalo dead is an Indian gone.”

That legacy of our government can really get you down. But then you see the change of leadership at the Department of the Interior and it’s hard not to be encouraged. The Interior Department, home to the Bureau of Indian Affairs, has a checkered record on Native Americans, and more recently, played a key role in rolling back environmental regulations under President Donald Trump.

But it’s now led by Deb Haaland, our nation’s first Native American cabinet secretary and an environmental champion, who says her priority is to help implement President Biden’s climate plan. Her vision for the job was music to our ears:

“Growing up in my mother’s Pueblo household made me fierce. I’ll be fierce for all of us, our planet, and all of our protected land.”

Among other things, the Interior Department oversees protection of endangered species and our natural resources, and is responsible for the well-being of 1.9 million Native people. We can’t think of a more powerful symbol of environmental justice than putting a Native American environmentalist in charge of this critical agency.

Pitcher Brent Suter, Outrider’s Sports Ambassador for the Environment, was the Milwaukee Brewers 2020 nominee for the Roberto Clemente Award, baseball’s most prestigious individual honor for Major Leaguers. Teammate Devin Williams was both the National League’s Rookie of the Year and Reliever of the Year in 2020. Follow them at @Bruter24 and @DTrainn_23.