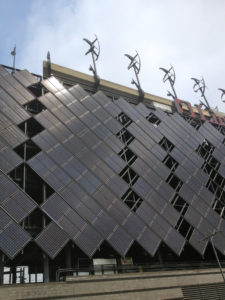 2018 was a banner year for the Philadelphia Eagles, on the field and off. The team won its first Super Bowl, knocking off the heavily favored New England Patriots, 41-33 in an “instant classic.” Off the field, the Eagles further burnished their reputation as Green-Sports pioneers by earning ISO 20121 (sustainable events) and LEED Gold certifications.

The Philadelphia Eagles are true Green-Sports Founding Fathers, having launched their Go Green!sustainability initiative way back in 2003 when they moved into Lincoln Financial Field. Since then, club management has often led the way on a myriad of Green-Sports innovations, including: