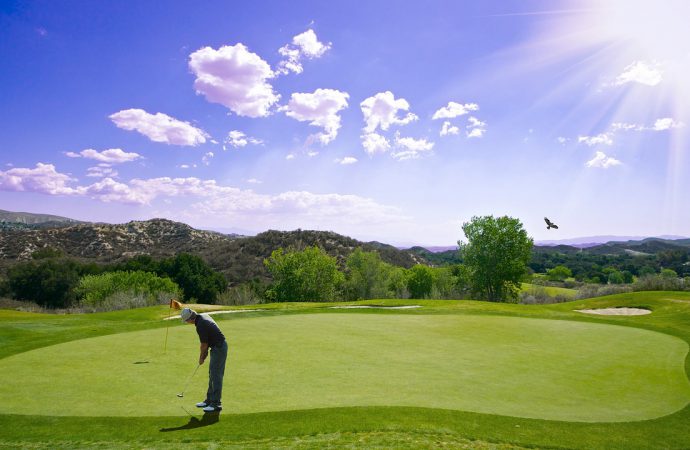 Constellation, the body’s official energy provider and sustainability partner, aiding courses and other sports venues with Efficiency Made Easy programme.

Several PGA-affiliated golf courses are updating their venues with energy efficient infrastructure without having to make a capital investment as a result of the organisation’s partnership with energy supplier Constellation.

Constellation, which became the PGA of America’s official energy provider and sustainability partner in 2016, is conducting energy audits for 15 courses. The company is also using its own capital to fund the installation of energy conservation measures, like new lights, so that the courses can make sustainability improvements without parting with an initial lump sum payment.

Courses then pay that money back in installments through their energy bills as part of the firm’s Efficiency Made Easy programme.

New Jersey’s Liberty National Golf Club, for example, has reduced energy consumption by 50% and generated annual cost savings of $135,000 dollars since installing an LED lights system through Efficiency Made Easy in 2017.

Mike Smith, Constellation’s senior vice-president of distributed energy, said the scheme was a good way for commercial venues, such as sports facilities, to get energy efficiency measures installed “without having to deflate the balance sheet capital.”

In January, the Pro Football Hall of Fame in Canton, Ohio, signed up to the Efficiency Made Easy programme on a multi-year deal in which Constellation will work to deliver clean and renewable energy solutions.

As part of the deal, Constellation secured naming rights to the Center of Excellence that is being built as part of a larger $889m Johnson Controls Hall of Fame Village – a ‘smart city’ concept due to be built by September 2020.

The partnership is the latest in a growing sports portfolio for Constellation. In 2016, the company partnered with NFL franchise the Baltimore Ravens to install a 400kW solar panel system at its Under Armour Performance Center practice facility in Maryland (see below). The system produces 15% of the building’s overall energy.

One of the more ambitious sports projects developed by Constellation was the creation of a central energy plant for Heinz Field, the home stadium of the Ravens’ NFL rival Pittsburgh Steelers. Smith told The Sustainability Report that the plant produced “about 22,000 tonnes of chilled water” for air conditioning, saving the team “around $4.5m.”

Smith said that the relative boom in renewable energy in NFL infrastructure – particularly solar power – was the direction of travel, although some teams were installing solar systems for “non-economic reasons”, but “publicity or marketing.” However, Constellation’s projects are designed for to deliver a “monetary payback” for both the company and the client, he stressed.

The Levi’s Stadium in San Francisco, Atlanta Falcons’ Mercedes-Benz Stadium and Lincoln Financial Field of the Philadelphia Eagles all have some element of solar power, and Smith said that energy efficiency and renewable energy is something fans are coming to expect from their teams and sports.

“The expectation, I believe, is that sporting environments are not only clean and fan-friendly, but also an efficient place that reflects environmental appreciation,” he explained.

“Fans want to know that when they go to the stadium, just like when they go to the shopping mall, that where they are is being a good steward of the environment. That’s why you have venues going for LEED certification because it helps them maintain and attract their fan base.”