Paul Allen, Co-Founder of Microsoft and a Founder of Green-Sports Movement, Dies

Paul Allen, Co-Founder of Microsoft and a Founder of Green-Sports Movement, Dies 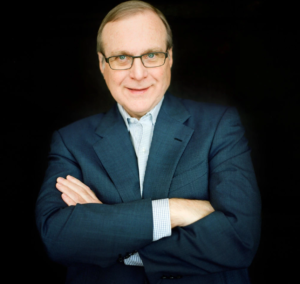 Paul G. Allen, co-founder of Microsoft, died Monday due to complications from non-Hodgkins Lymphoma. He was 65.

Allen, who owned the NFL’s Seattle Seahawks and the NBA’s Portland Trail Blazers, played an important role in the early days of the Green-Sports movement.

Paul G. Allen was a creator and visionary of the highest order. Allen, who died Monday at 65 of complications from non-Hodgkins Lymphoma, is most well-known for helping to usher in the personal computing age when, along with Bill Gates, he co-founded Microsoft in 1975 at age 22. Allen left the company in 1982 during his first bout with cancer.

In 1988, Allen purchased the NBA’s Portland Trail Blazers. Nine years later, he bought the NFL’s Seattle Seahawks, ensuring that the team, which was at risk of moving to Los Angeles, would remain in the Pacific Northwest. And in 2009 he took a minority stake in the Seattle Sounders of Major League Soccer. The Seahawks won Super Bowl LXVIII in 2014 and the Sounders brought the MLS Soccer Bowl trophy to Seattle in 2016.

PAUL ALLEN AND THE BEGINNINGS OF THE GREEN-SPORTS MOVEMENT

Allen’s environmentalism and innovativeness led him and his company, Vulcan, Inc., to take some significant Green-Sports steps during the early days of his ownership of the Trail Blazers and Seahawks.

“When Paul bought the Trail Blazers in 1988, it was clear the team needed a new arena,” recalled Justin Zeulner, who worked for Allen at Vulcan starting in 1999 and served as Executive Director of the Green Sports Alliance from 2014-2018. “It was important to Paul to show fans, sponsors and the media that Portland was a leader in technology, energy efficiency, and innovation. So when planning for what would become the Moda Center began in 1991-92, he directed the team to design a green building before green building was even a thing!”