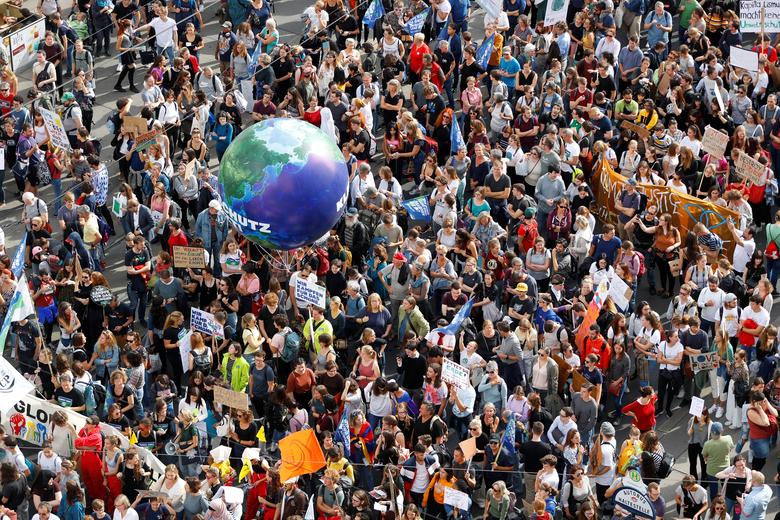 NEW YORK, Sept 25 (Thomson Reuters Foundation) – Fans and players of winter sports from skiing to hockey could be marshalled in efforts to fight climate change, from election campaigning to calculating the impact of global warming on ice-skating ponds, organizers said on Wednesday.

Skiing, ice hockey and outdoor skating are all affected by climate change, but can also be a resource to fight back, said organizers of efforts to deploy sports in the battle against global warming at a meeting in New York.

The countless sports fans around the world could be a force in combating global warming, said Geert Hendriks, head of Sport and Sustainability International, a Swiss-based nonprofit group.

“It is important that we use sport to talk about climate action,” he said.

“Our beautiful sports, whether it’s skiing, or hockey or speed skating, are at risk … but also we have massive opportunities to use the power of sports to advance all these conversations.”

Hendriks said the number of ski resorts in the Alps with reliable snow supplies had dropped to 176 from 193 a decade ago.

“I don’t have to tell you what’s going to happen if that keeps going. The Alps will no longer be a ski resort,” he said.

The warning came as authorities in the Alps closed roads and evacuated some huts over fears a section of a glacier on Europe’s highest mountain, Mont Blanc, could collapse. Hundreds of thousands of people flock to the area every year to ski or snowboard.

In the United States, sports tourism adds some $20 billion to the annual economy.

But the length of the snow season in the American West has declined 34 days since the early 1980s, according to scientific research.

The climate advocacy group Protect Our Winters, based in the western state of Colorado, aims to involve skiers, snowboarders, climbers, runners and other athletes in state politics around the country, said Winston Binch, a board member.

The outdoor sports industry creates so much revenue and so many jobs that it can wield a message, he said.

“When you make the pitch about jobs and economic impact, more people listen.”

On a local scale, a project called Rink Watch has enlisted amateur ice skaters, mostly in Canada, to report where and when they play on outdoor rinks and ponds, said Omar Mitchell, vice president for sustainability at the National Hockey League.

The data is compiled to measure changes to the ice that could be attributable to global warming.